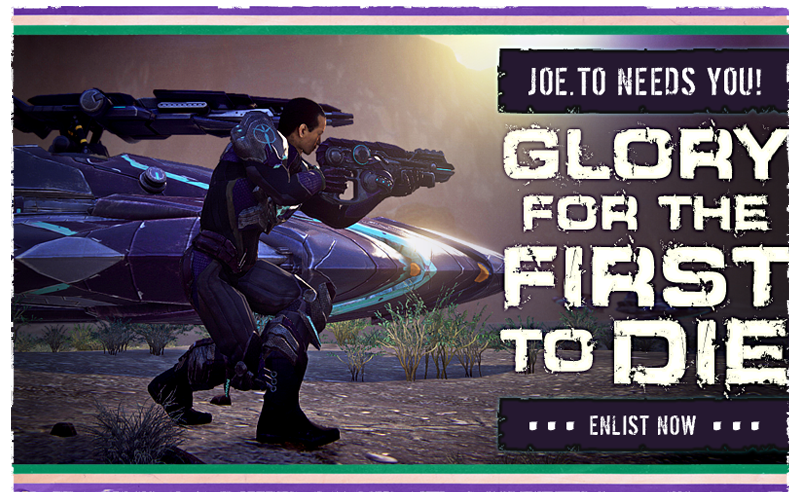 If you want to play a game with J2 but are tired of Team Fortress 2, consider playing Planetside 2 with us! We attempted a J2 outfit when the game first launched, but the game wasn't optimized well at that time and many players drifted off. The game's dev team spent a year optimizing the game which resulted in significant playability improvements for the average player. Recently, Parasyte has been able to round up a decent group of J2 regulars to join the fun, and the more of us that play, the more fun we can have together.

We now have enough active players in the outfit for a decent platoon (2-4 squads of up to 12 players each). We've been playing mostly in the evening hours and using Mumble for voice. If you would like an invite to the outfit, just send a request to Parasyte or Why (aka: FakenEh in-game). Depending on response here, Parasyte would like to put together a crash course night for some of the newer people to learn the basics as a group.

Join one of (3) factions and battle for control of bases, towers and world resources over (4) unique continents. Each faction has a different look and unique benefits to their weapons/vehicles.

Below are some good gameplay videos that will give you an idea of the shenanigans you can get into: