A Ninja wrote:As someone who has never really played any of the games in this series, do the older ones still hold up in terms of gameplay?

To put a longer spin on it: Kojima put a lot of work into each of these games. The evolution between each title is both intelligent and grand. If you put 5 minutes into playing every game in the series it becomes immediately obvious how much of a jump there is each time in both the amount and the depth of the mechanics at play. This means each game feels pretty different and never half-baked.
Top

A Ninja wrote:As someone who has never really played any of the games in this series, do the older ones still hold up in terms of gameplay?

The first game is the only one that might feel a tad clunky, the game overall is meant to be tense, think Resident Evil-ish (Firefights are dangerous and stealth is generally a better option than getting rushed by three soldiers with automatics, but firefights are certainly still viable).

It's still superior to the Gamecube version (Twin Snakes) which is a remake using MGS2's engine, mechanics, and graphical upgrade, as you lose a lot of the charm of the original, plus they change some things that are questionable. Still an incredible game though. Every numbered game is an incredible experience well worth playing. The side games like Portable Ops or Peace Walker are also fun but not as necessary.

If you go into MGSV without playing any of the others though the story will be confusing as balls. The series takes place at different historical points between the 60s and 2014, MGSV takes place in 1984, after MGS3 and MGS Peace Walker, though a lot of the games content will likely reference the events to come.

To be fair, Midnight NZ time was the official intel up until like 24 hours ago. It was a bait-and-switch!

Me until I can play 4
My therapist told me that I gamble in order to escape from the realities of life and I replied that's why everyone does everything. - Norm MacDonald

IT'S OUT GET HYPE 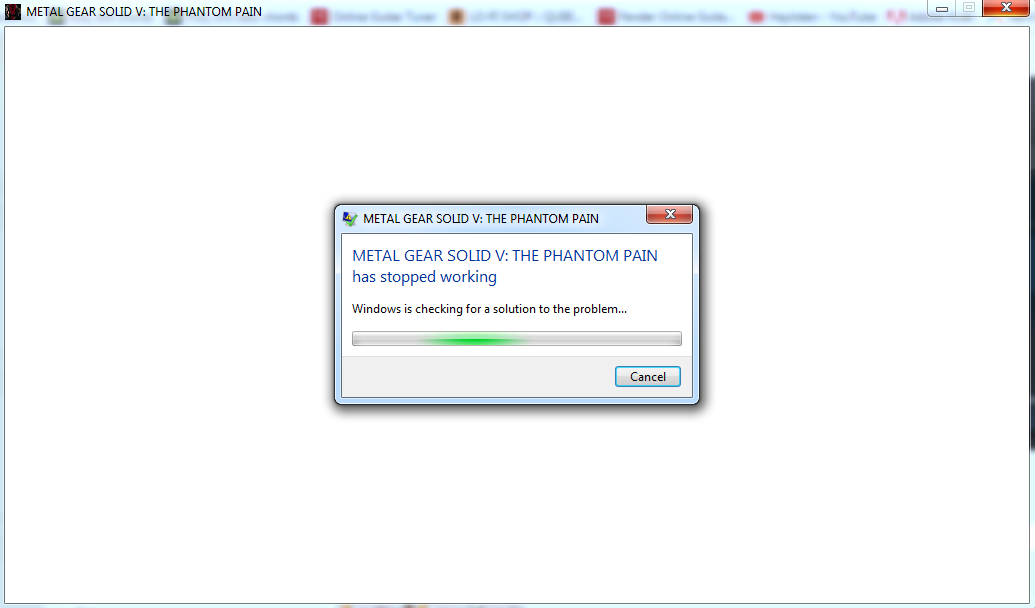 So when's steam gonna retroactively release every single MGS game so that it's not only the dang fifth game that's on there. Really I just wanna play 4 but I don't have a ps triple anymore. Cock.

Well they'd have to release both 3 and 4 (and probably Peace Walker) on PC first.

Also heads up, haven't followed up this morning to confirm but before I went to bed last night the crash bug for everyone appeared to be some new tech MGSV is running, SSE 4.1 or something, basically AMD Phenom processors and older aren't built for it and the game doesn't run, so watch out.

Thankfully I have an i7 in my laptop, dang I need to upgrade my desktop.


Edit:
They've confirmed an issue with AMD Phenom processors, and are hoping to have the patch out later today, which is crazy.

Ran up against the same bug, they had a beta up for the patch when i woke up. so things happened, and at the time of this writing i'm ahead of both you and Mastermind :P
17 hours in two days jesus uncrusted christ

gonna be playing it sporadically from now on, got 17% completion before i burnt out though so that's good i guess

Mission 12 is a doozy by the way. Bring your brown pants.
Top

VR Missions is where its at, god damn ape escape monkeys.

CaptainTripps wrote:I curse and complain all the time. The fuck you gonna do about it?

Neelpos wrote:HEADS UP TO THOSE WHO ARE STILL CONSIDERING IT I'M ALREADY 53 HOURS IN AND I'M HALFWAY DONE WITH THE STORY AT BEST THIS GAME HAS FUCKSHIT RETARDED AMOUNTS OF CONTENT AND IT'S ALL GRADE A IT'S A FUCKING MASTERPIECE AAAAHHH

Noneone knows who coined the term" Kojima is God" ,but at the same time none argue, ever