Is it any good? I wouldn't picking up a controller for more casual gaming. The steam controller happens to be on sale right now.

Don't have one myself but from what I've heard it's a solid controller, but doesn't exactly supersede other controllers on the market. It has a neat gimmick in its pads but whether or not that gimmick is worth it is up to you.

For $34.99? Sure, that's not a bad price point. If you're genuinely curious I imagine you won't feel bad about the purchase, but if you're expecting something amazing with the haptic feedback and whatnot then it apparently hits kind of under the mark.

If you're going to get it I'd definitely get it on sale.

For certain things that don't typically offer controller support I've heard good things because you can map shit to the touch pad and the whole thing is pretty customizable. From what I've been told it takes some getting used to but if you make adjustments to the settings you can make it feel pretty good.

For regular stuff tho I think you'd be hard pressed to find something better than the XBONE controller right now. I grabbed one w/ the wire for windows new from an amazon marketplace seller for like 45 bucks and it shipped in 3 days and works perfectly.

hello jason i have a question:

do pc games use the (trigger warning) RUMBLE TRIGGERS and overall improved rumble technology compared to the xbox 360 controller?
Top

It is amazing! I have had it since pre-release (pre-ordered and got it early). And I use it for a lot of games.

I tried it out and really did not like it. It's a cool idea, but it tried to combine keyboard and mouse with a controller, and I think it fell very short with both. The Steam controller was primarily made for people who want to play on their couch and have Steam hooked up to their TVs, but most of the time, people who have a setup like that already have a setup that they are already comfortable with. I won't be buying one until there is a new model that hopefully feels better, but if you're really that curious, it isn't too bad of a price while on-sale.
YouTube Channel
Twitch Stream
Twitter Page
Top

do pc games use the (trigger warning) RUMBLE TRIGGERS and overall improved rumble technology compared to the xbox 360 controller?

Yeah, it definitely feels like it. I mean even on older games the new rumble just feels immensely better than the 360 controller did. Everything about the controller is a perfect improvement over the 360 controller I feel like. The outer curve seems altered just ever so slightly and it somehow makes it wayyy more comfortable in your hands. The nice matte finish is like 100% sweat/grease proof, somehow nothing seems to stick to it and it never feels nasty, and just feels nice on hands in general. Triggers are just slightly sturdier and have a lil more bounce. D pad is a very obvious improvement.

Only complaint I'd say is the RB/LB are a little too...clicky? It makes it feel responsive but they feel kind of hard to click down, and i have RLY BIG AND STRONG hands so it might be even worse for other people. In a game like darksouls where you're constantly holding LB and smashing RB it can get tedious, although at least for me and my manhands it was never to the point where I was too sore to play or felt really sore extensively afterwards, it's just kind of annoying.

I'd say even if you have a perfectly good working 360 controller it's worth upgrading. My 360 controller was pretty old and funky and had a slightly janked left thumb stick so I'm really loving the xboner.

which is a better controller? never gotten the chance to use either
I asked David Geffen personally if he'd donate to TF4 for me, but he wouldn't do it
Top

Since I'm at home right now and we have a PS3 I nabbed one of the controllers.

Been playing Pikmin 2 with it today. Seems to work pretty darn well.

* RUMBLE TRIGGERS are great, the regular rumble feels better than the 360 controller (probably as good as the PS4 controller)
* d-pad is kinda good?
* I think they re-did the R1 / L1 buttons, they feel less weird on the "s" controller over the launch model.

L1/R1 buttons are definitely the worst part of the XBONE controller for me. I had to remap Dark Souls controls so that the LT/RT were normal attack and LB/RB were heavy because mashing the RB and keeping the LB held down all the time was just ridiculous on those hard clicky mothers.

NightFantom
fuck you i'm a dragon

A little late to the party but wanted to weigh in regardless.

I bought a steam controller past summer (?) and I really like the fact you can reconfigure it pretty much any way you like.

What I don't like about it is that it takes over your screen if you're trying to type, though maybe you can turn that off, I should look into that.

And the sides have this little ridge that gets annoying if I get sweaty hands, but after googling it seems ps4 and xbone have the same issue. 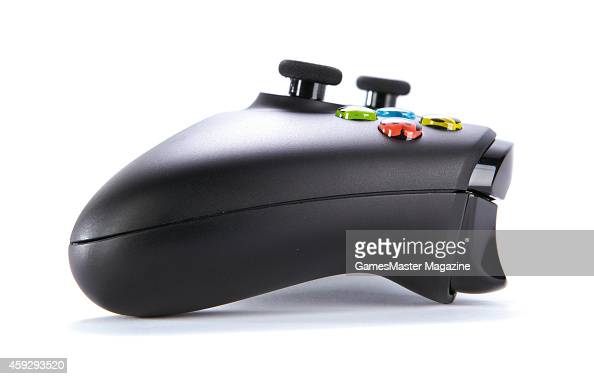 that seems like a huge amount of work for no good reason - joe
or, you know, sarcasm - Neelpos
Top
Post Reply
13 posts • Page 1 of 1