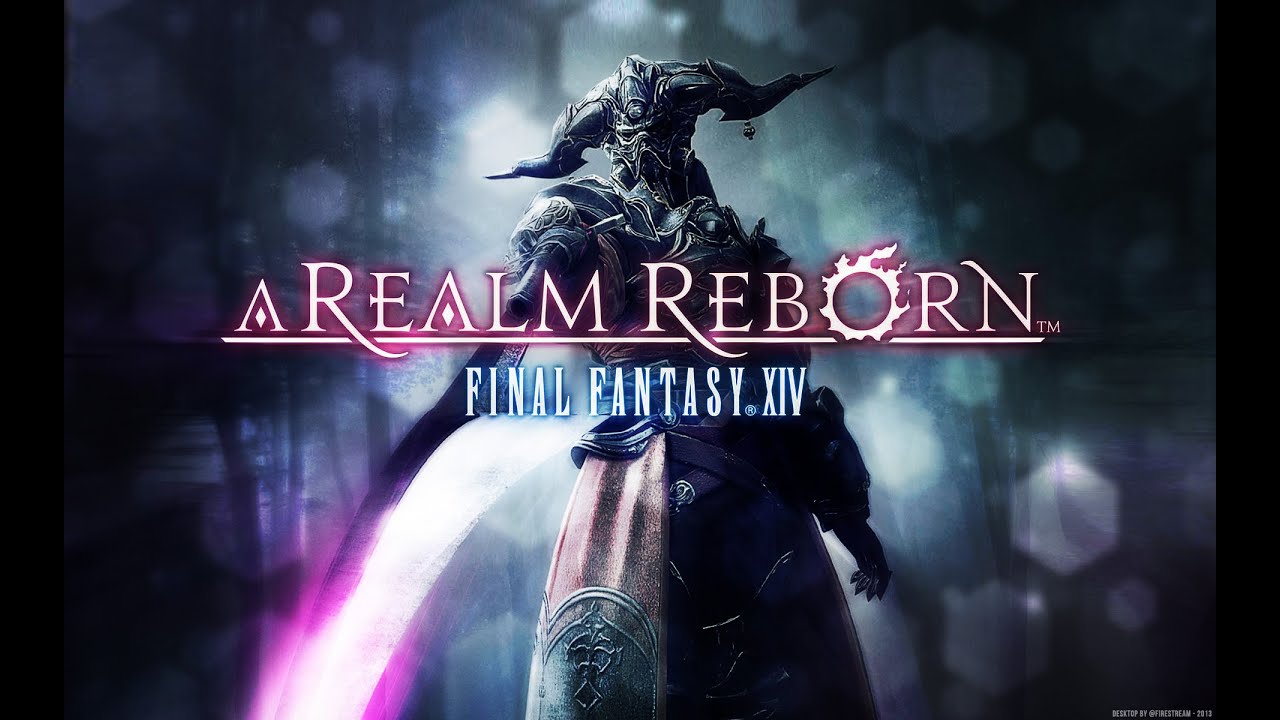 FINAL FANTASY® XIV: A Realm Reborn™ is a massively multiplayer online role-playing game (MMORPG) for Windows® PC, PlayStation®3 and PlayStation®4 that invites you to explore the realm of Eorzea with friends from around the world. Form a party and adventure with a multitude of players from across the globe. Forge friendships, mount chocobos, and board airships as you and your companions create your own unique stories in Eorzea. Set out alone or enlist the aid of friends as you undertake epic quests, battle familiar FINAL FANTASY monsters, and acquire unique abilities and equipment. All the classic elements from the series that you have come to know and love are waiting! Embark on the adventure of a lifetime to help reforge the fate of Eorzea on PC or PS3.

This is what a chunk of us are playing in Mumble nowadays, pretty fun all around and the localization team obviously doesn't get paid enough because the jokes and puns are constant. We on that Heavensward content ya hear.

There's a free 14 day trial you can do to see if you like it or not, I've got a direct download key kicking around because apparently its activation is separate from Steam so I had to buy it twice with GMG being a shitter about returns, if anyone wants a discount key lemme know

lame
Django-Oh lord, take my lunch money. Please, don't hurt me!
Waterbear- You're dumb and stupid btw and i hate you for saying that forever
Adam- You are right. It's time we all stopped hiding. I'm a girl gamer and I know Joe, RottenCheese and Waterbear are too.
Otome Django～♥: keep frineds close, and you haters EVEN closer
Top

Psh have you seen my cock? Dragon chicks dig it.

You make an excellent point.

hey guys never played final fantasy but i noticed literally ALL of them are on sale right now. what is a good starting point to try one out?

FFVI is the best one, and a great starting point, but the PC port is terrible. Get a Game Boy Advanced Emulator and play that port instead, it fixed all the bugs from the original SNES version.
My therapist told me that I gamble in order to escape from the realities of life and I replied that's why everyone does everything. - Norm MacDonald

Looking for ease of access I don't want to go through all that trouble to try a new franchise.

Ian7 wrote:Looking for ease of access I don't want to go through all that trouble to try a new franchise.


^not actually in the game but still a fantastic meme

and the music is absurdly good

I have a 60 paladin on siren. If I had the $$$ I'd resub and transfer over and play with you guys. I just resubbed. Gotta get rid of some gil then I can transfer.
9:18 PM - mrblip: im allowed to have my own opinions
9:19 PM - Dr. Doctorpus: no youre not
Top

I'm on balmung with me mates, but thanks to cross server parties we can still play together. I play tank, mostly warrior. Trying to learn summoner for fun too. Stormblood is gonna be the expansion where tanks get special treatment haha.

Yatta! wrote: *Probability of not fucking up the engine is correlated to the chance of M&Ms being in an M&M cookie, which are really fucking delicious, mind you.

NEVER GIVE UP, NEVER SURRENDER
Top

Everyone knows the data cluster to be on is Primal. Aether can suck it.