Who are you and what do you look like

"such is life" - real life: yours, preferably
Post Reply
7321 posts

ur a friggin white male

i was going to say the same thing
Django-Oh lord, take my lunch money. Please, don't hurt me!
Waterbear- You're dumb and stupid btw and i hate you for saying that forever
Adam- You are right. It's time we all stopped hiding. I'm a girl gamer and I know Joe, RottenCheese and Waterbear are too.
Otome Django～♥: keep frineds close, and you haters EVEN closer
Top 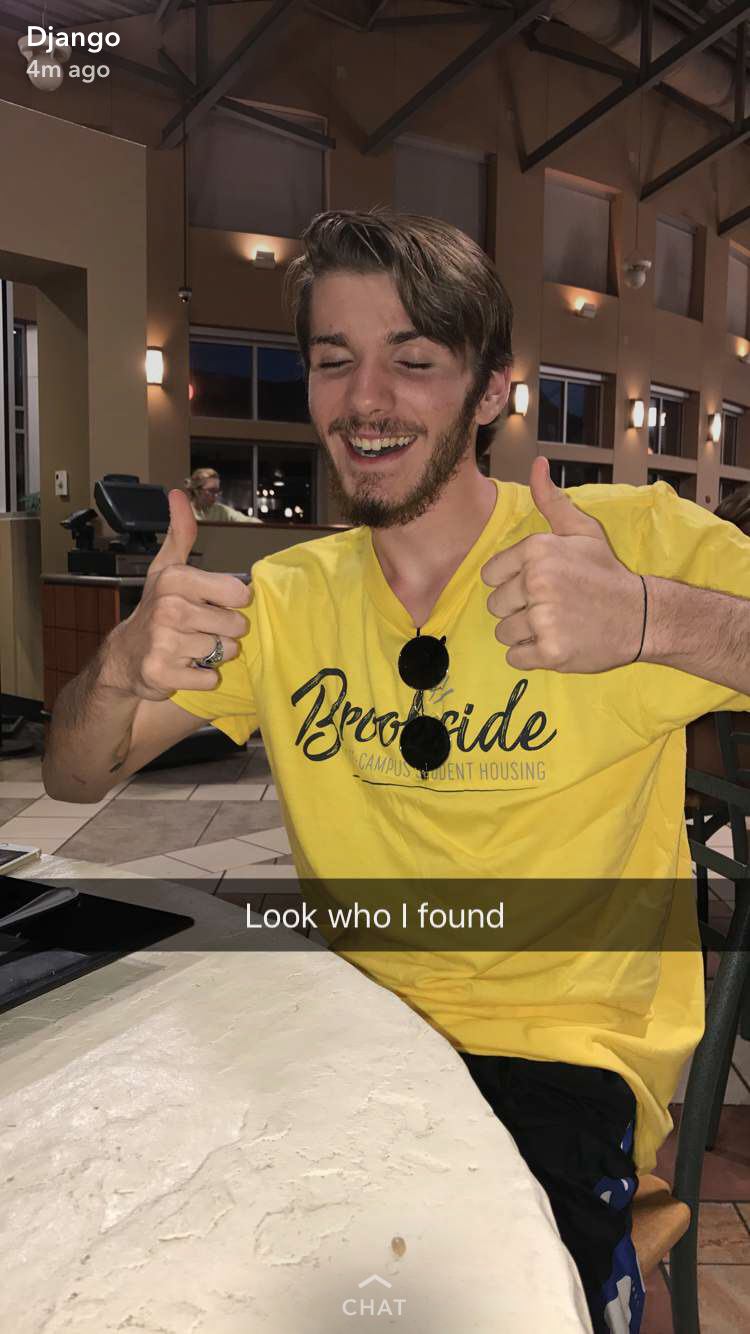 Django why did you track down this child you met on the internet
My therapist told me that I gamble in order to escape from the realities of life and I replied that's why everyone does everything. - Norm MacDonald

He does that. He tracked down Rotten Cheese, Pentagram and I and then took us to the beach and made us oil him up. 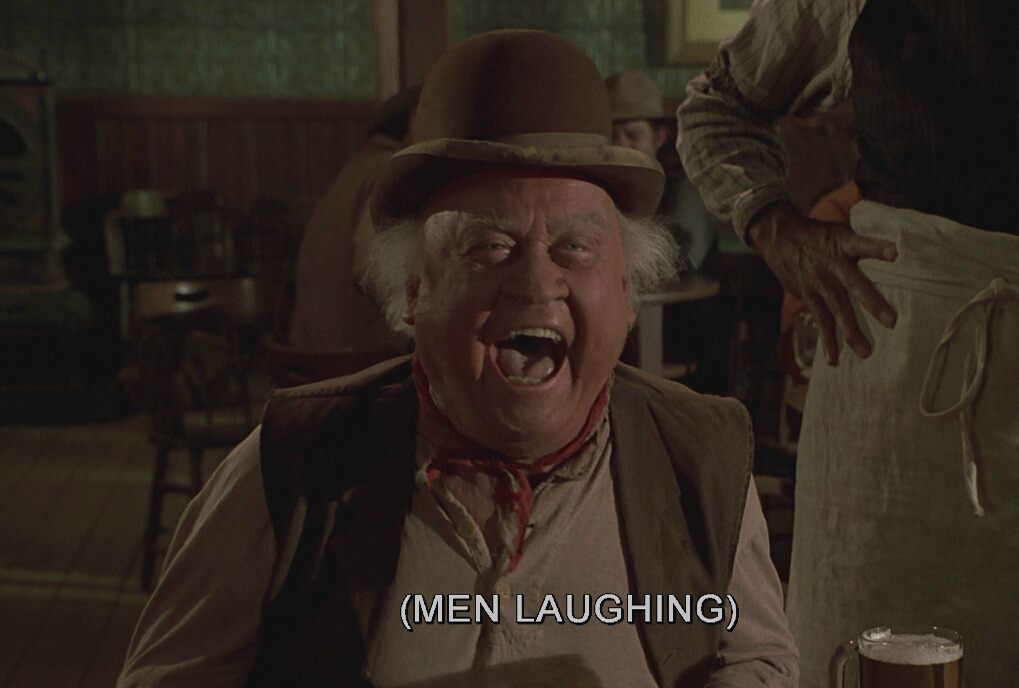 Last post two years ago?! Where'd y'all go? Let's revive this thread - what's going on in your life now?

Five years ago I moved from Oregon to San Francisco and holy heck, my quality of life has improved in ways I couldn't imagine. They don't have horses this tiny in Oregon!
Palo Alto, CA 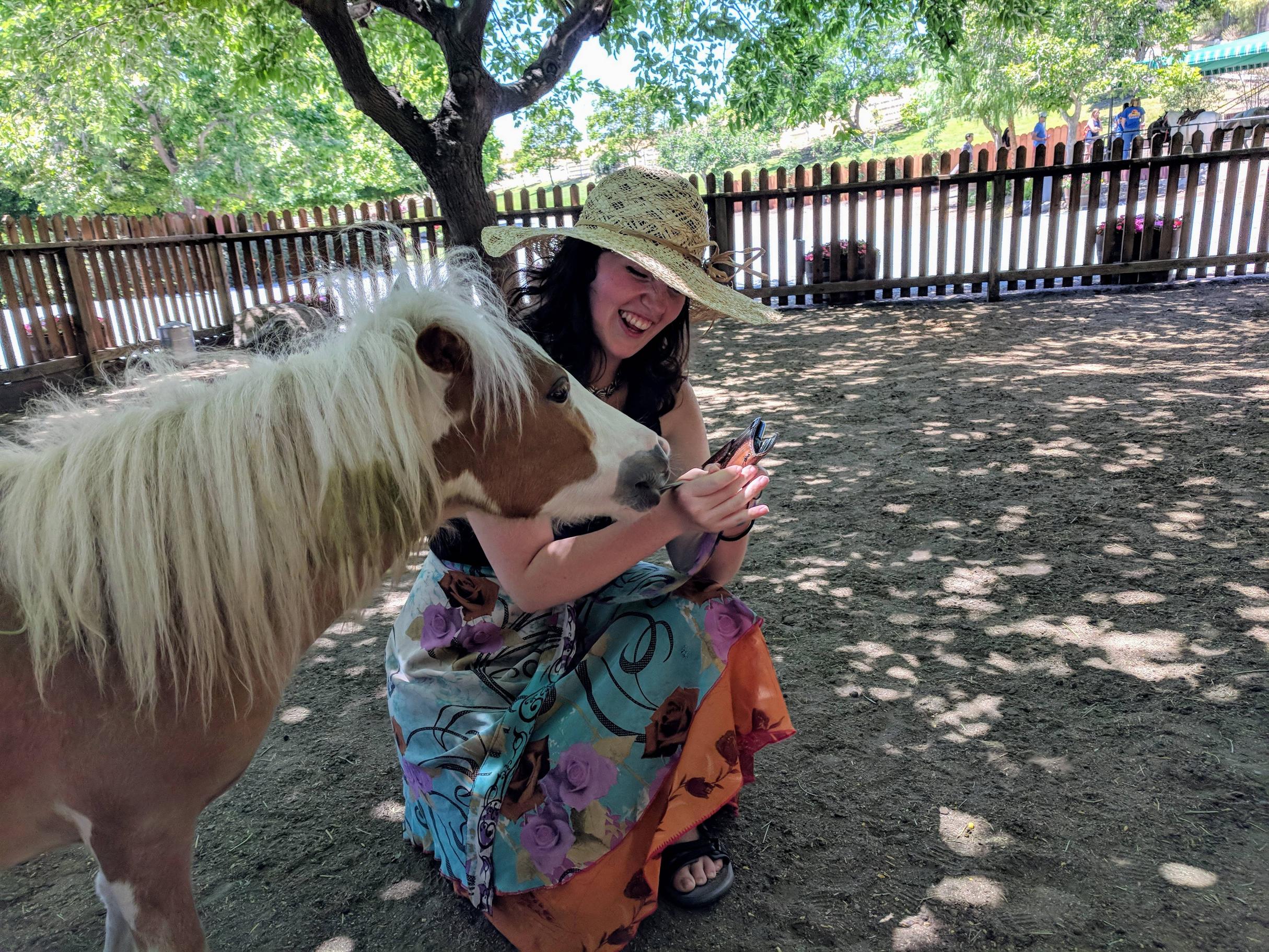 Unfortunately, when I left Oregon, I also dropped out of contact of j2. It wasn't intentional, but the move from a low cost of living area to suddenly having to pay 5x more for the roof over my head was a bit startling, so I dropped everything to focus on engineering. 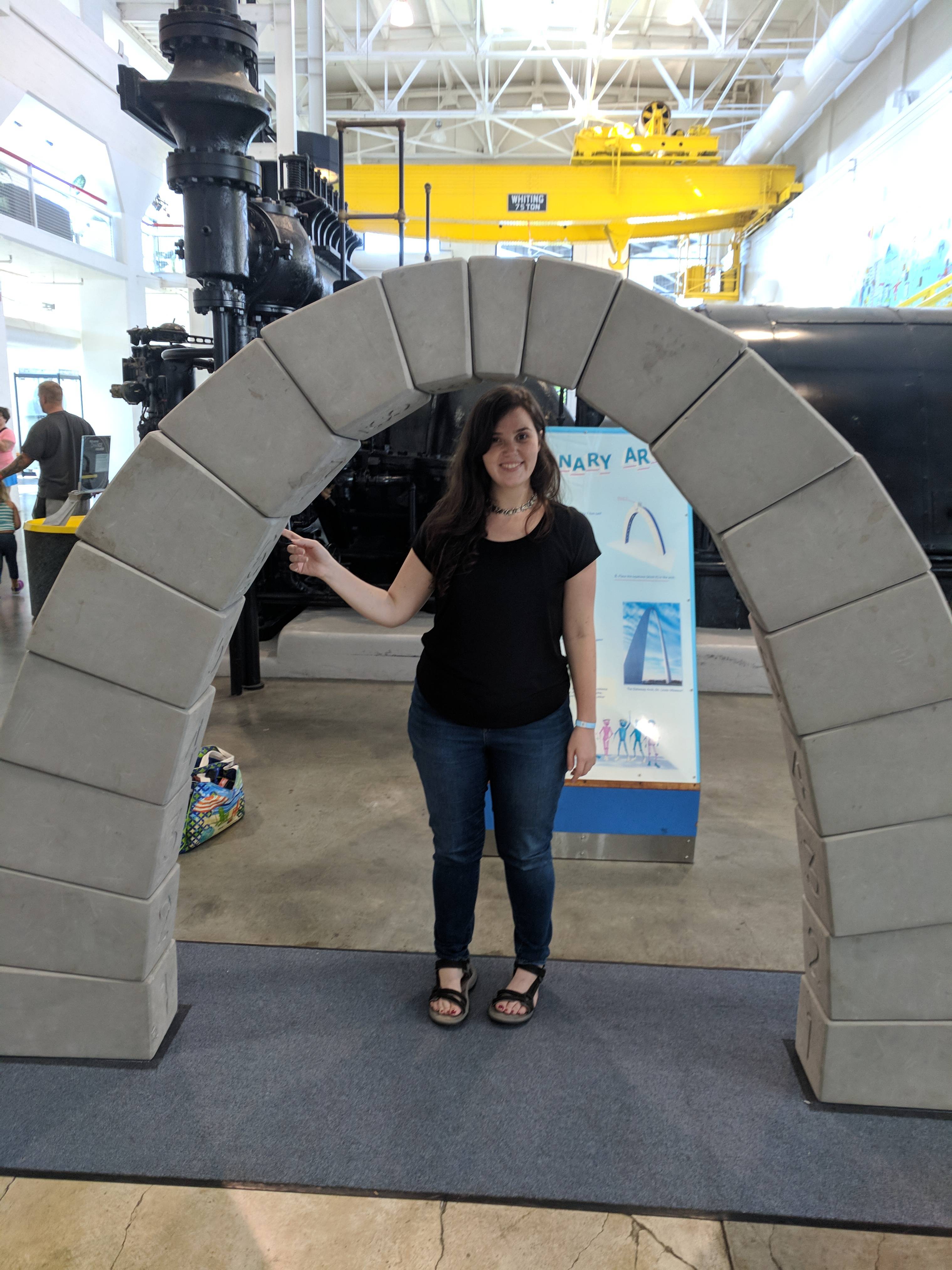 Accidentally adopted a dog. Wasn't looking for one, but she fell into my lap a year ago and she's been hangin' around since then. She's smart as heck and her hilarious personality has me laughing every day. Good roommate, too! She cuddles and licks up stuff I spill on the floor. Never before have I had a roommate that accommodating!
San Francisco, CA 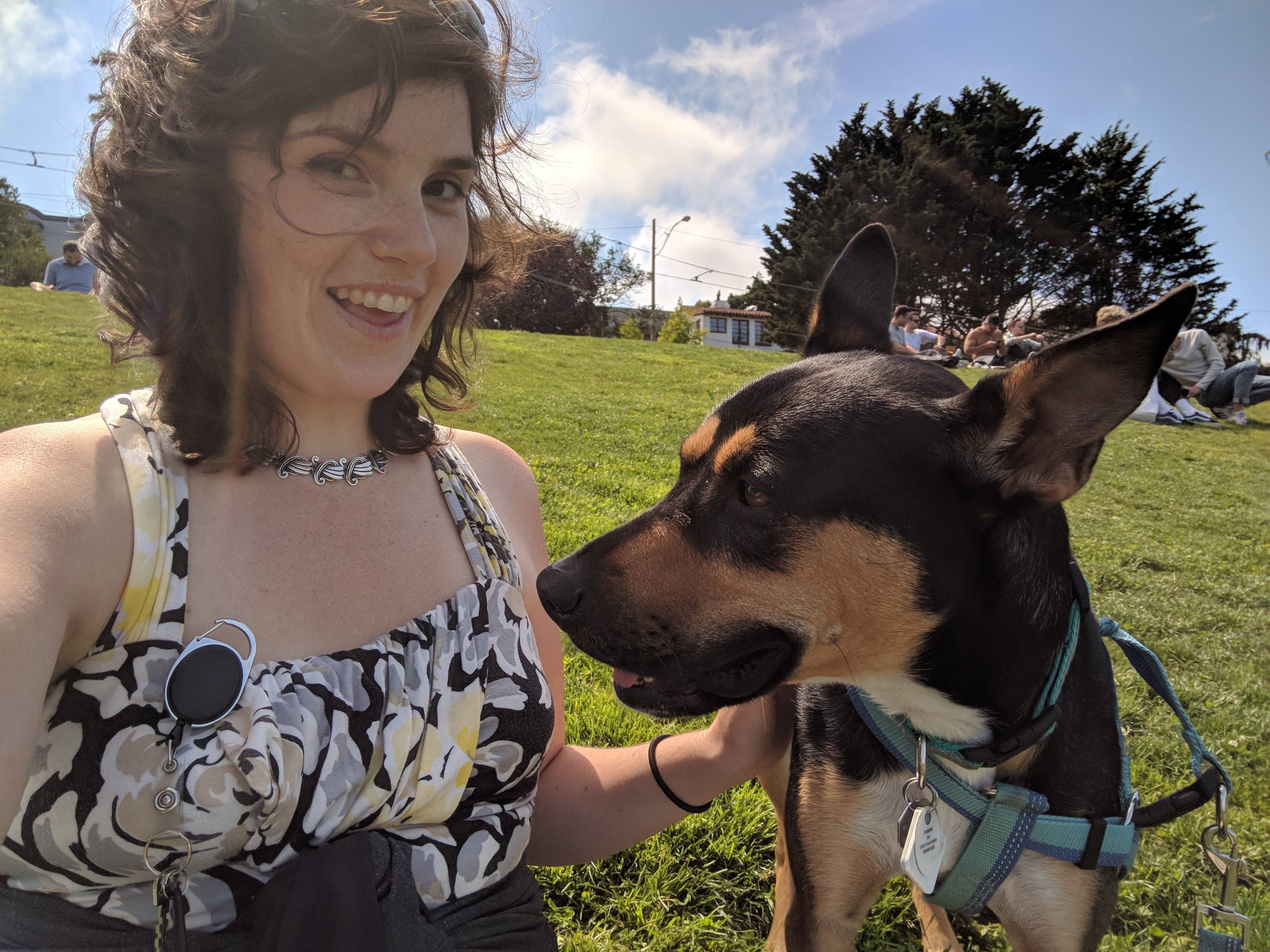 I spent my days working and playing out of a hackerspace (a place you can go and use any tool to make anything you think up!), which harbors one of the more powerful laser cutters (100W) in San Francisco. For reference, a home laser cutter maxes out around 40W which can cut paper, thin wood, and acrylic. Did I use this laser-beast for anything productive? Lol no, I used it to create a map of trash/MOOP (matter out of place) with Arduino-controlled LEDs for my first Burning Man 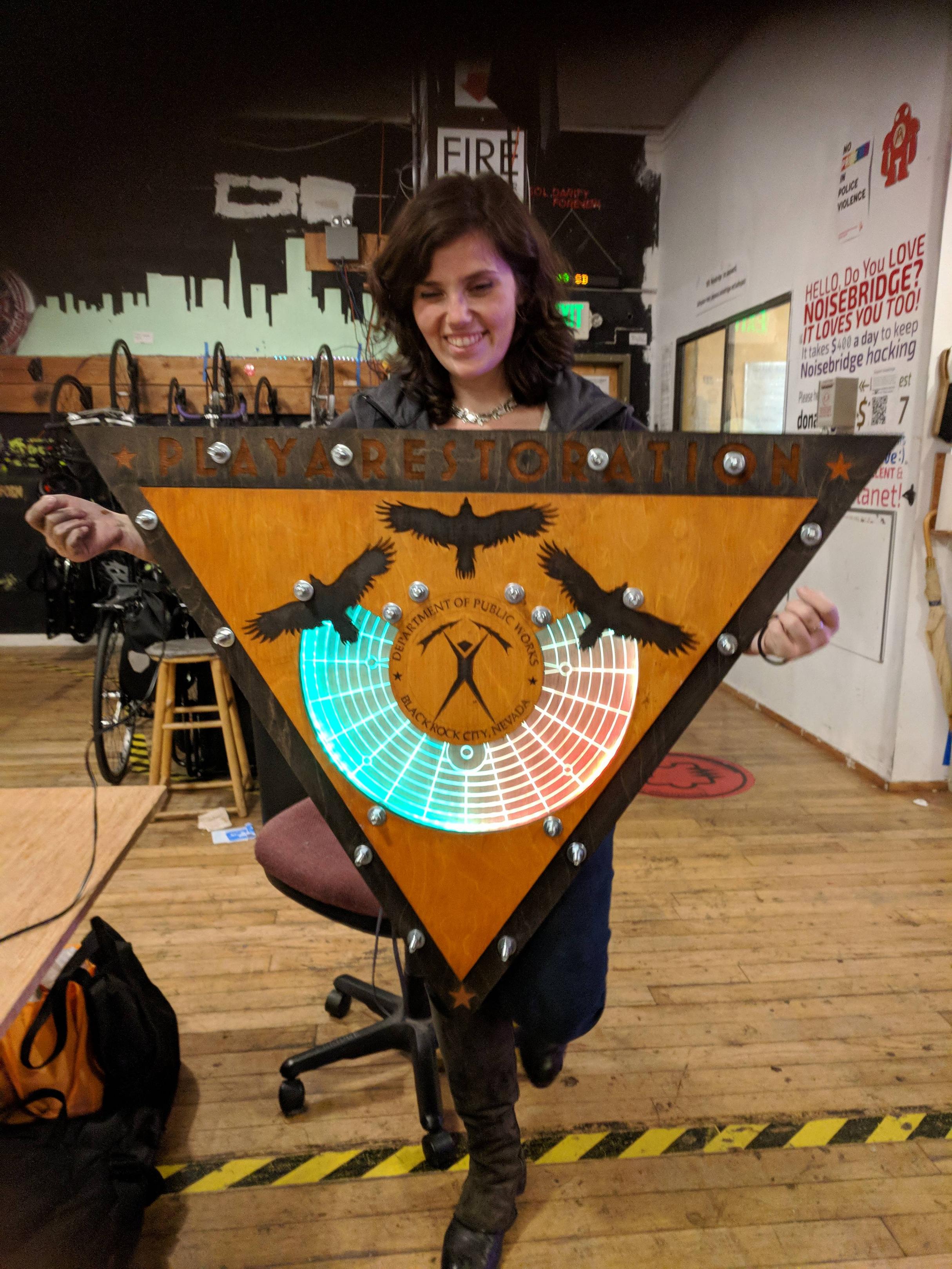 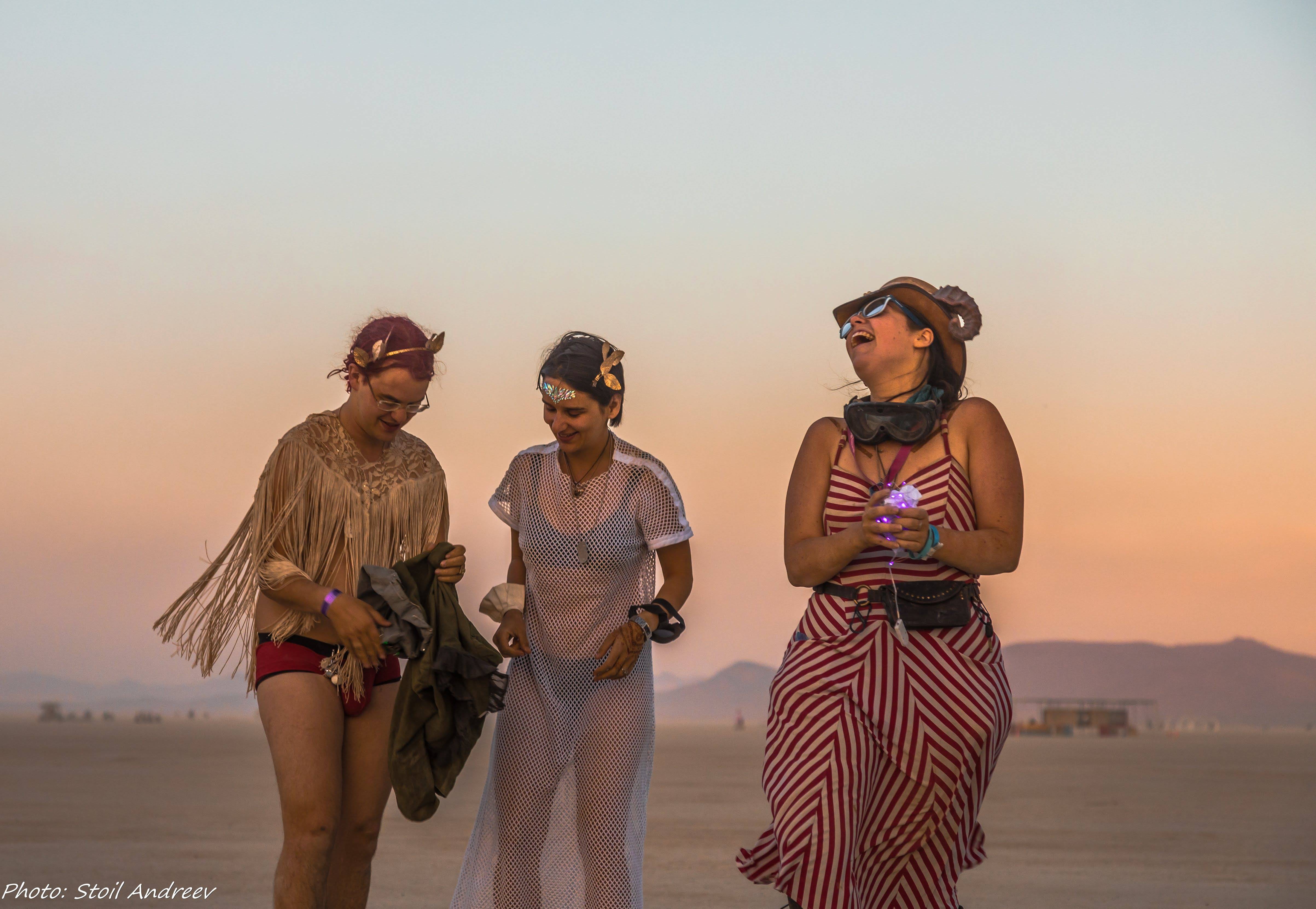 After enduring too much of the desert sun's shit I retreated to the caves of North Eastern California. There's a huge network of lava beds you can spelunk through. Bring a headlamp, and don't wear a dress as I did. My knees have so many pokey regrets.
Tulelake, CA 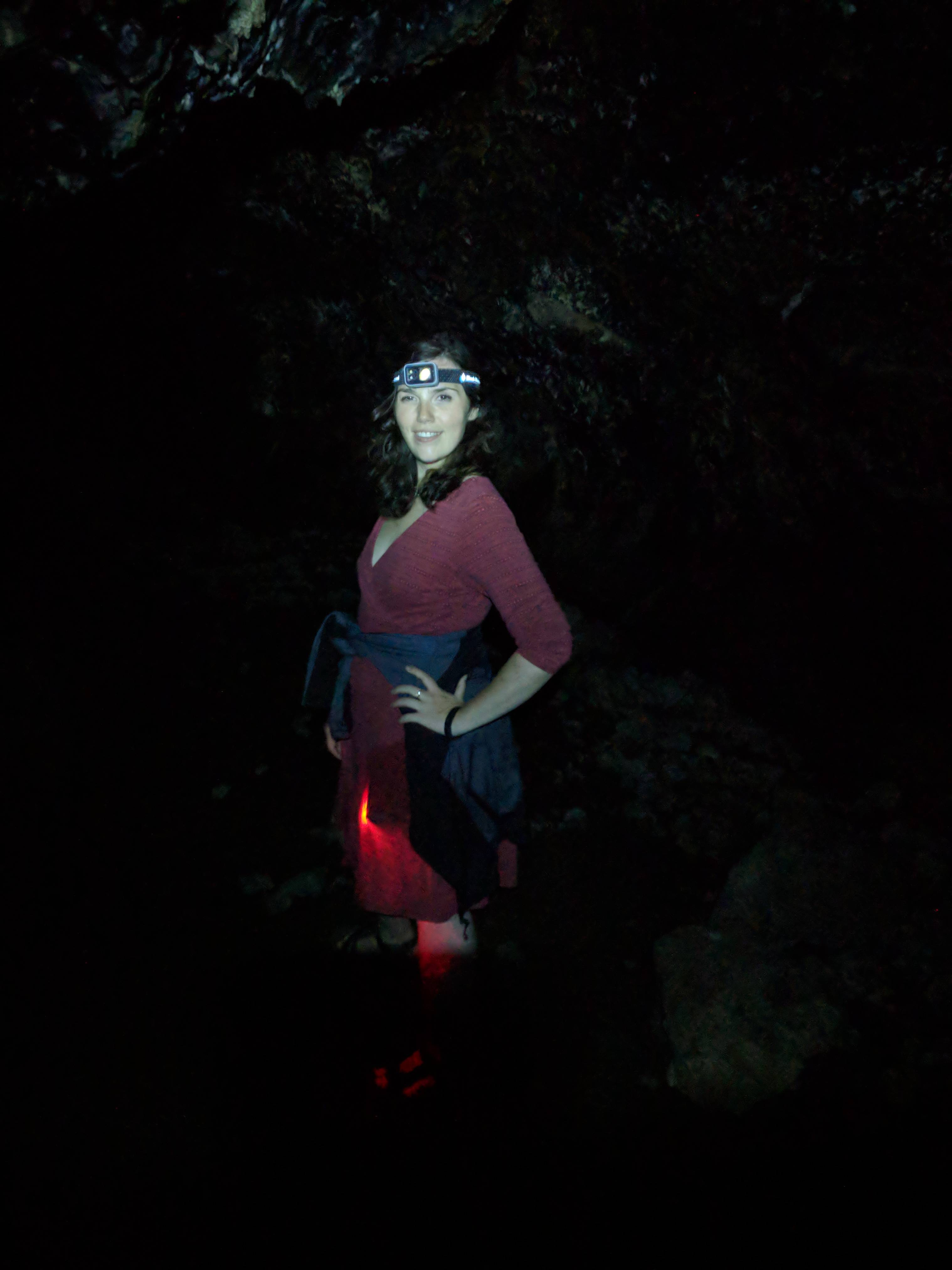 What originally brought me up to the land of lava beds was a star party with friends from the hackerspace. Y'all, mercury is freaking iridescent - it's like a party, dancing in pinks, greens, yellows. The ring nebula has a tiny dead star in the center, all cold and lonely.
Adin, CA 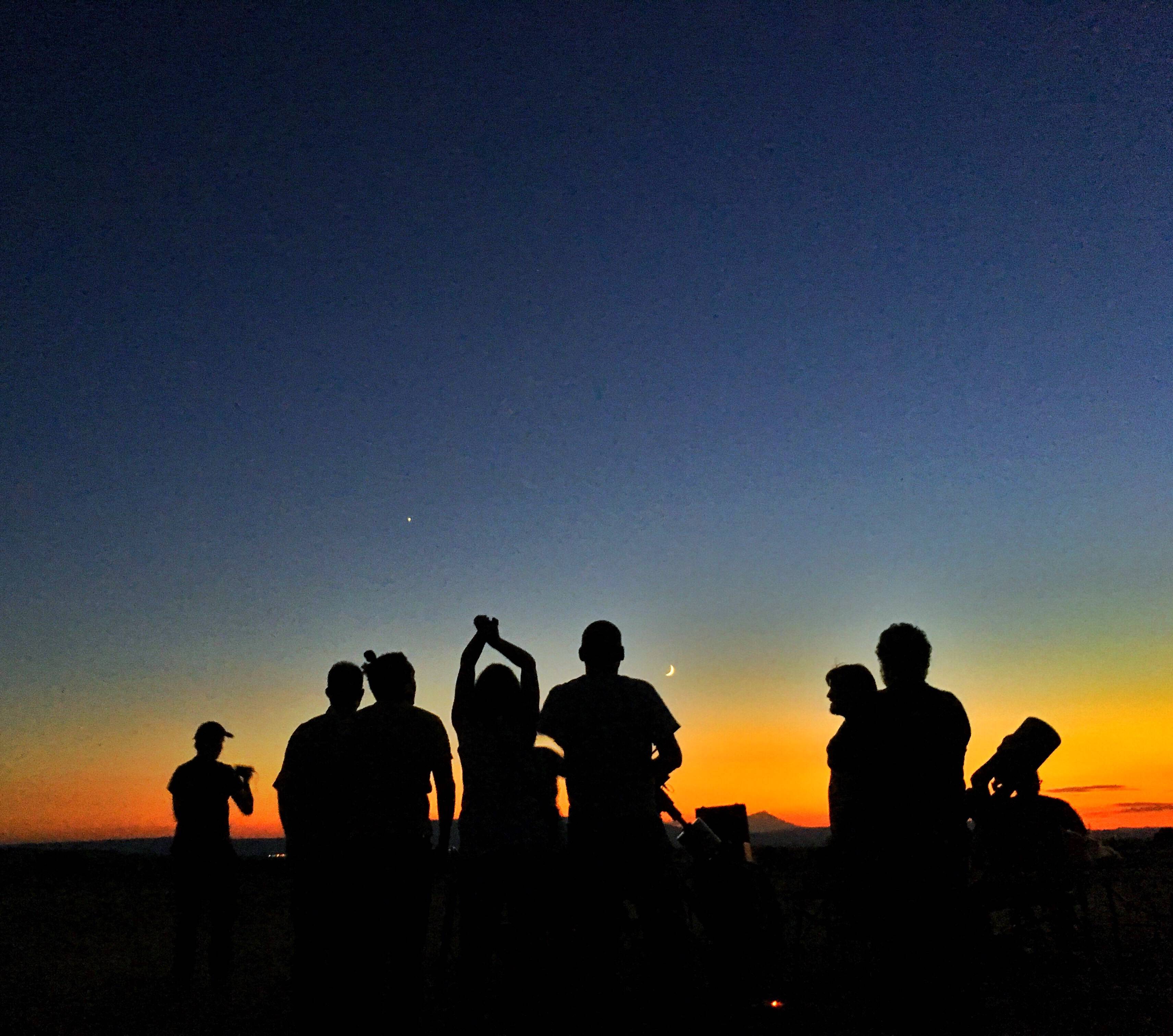 Twenty hackers/makers/creators and I traveled to China to check out the wild tech we keep hearing about. Guys... they're WELL ahead of the United States. We're over here failing to maintain our 100+ year old railroad and China's got Wi-Fi IN THE LETTUCE.
Beijing, China 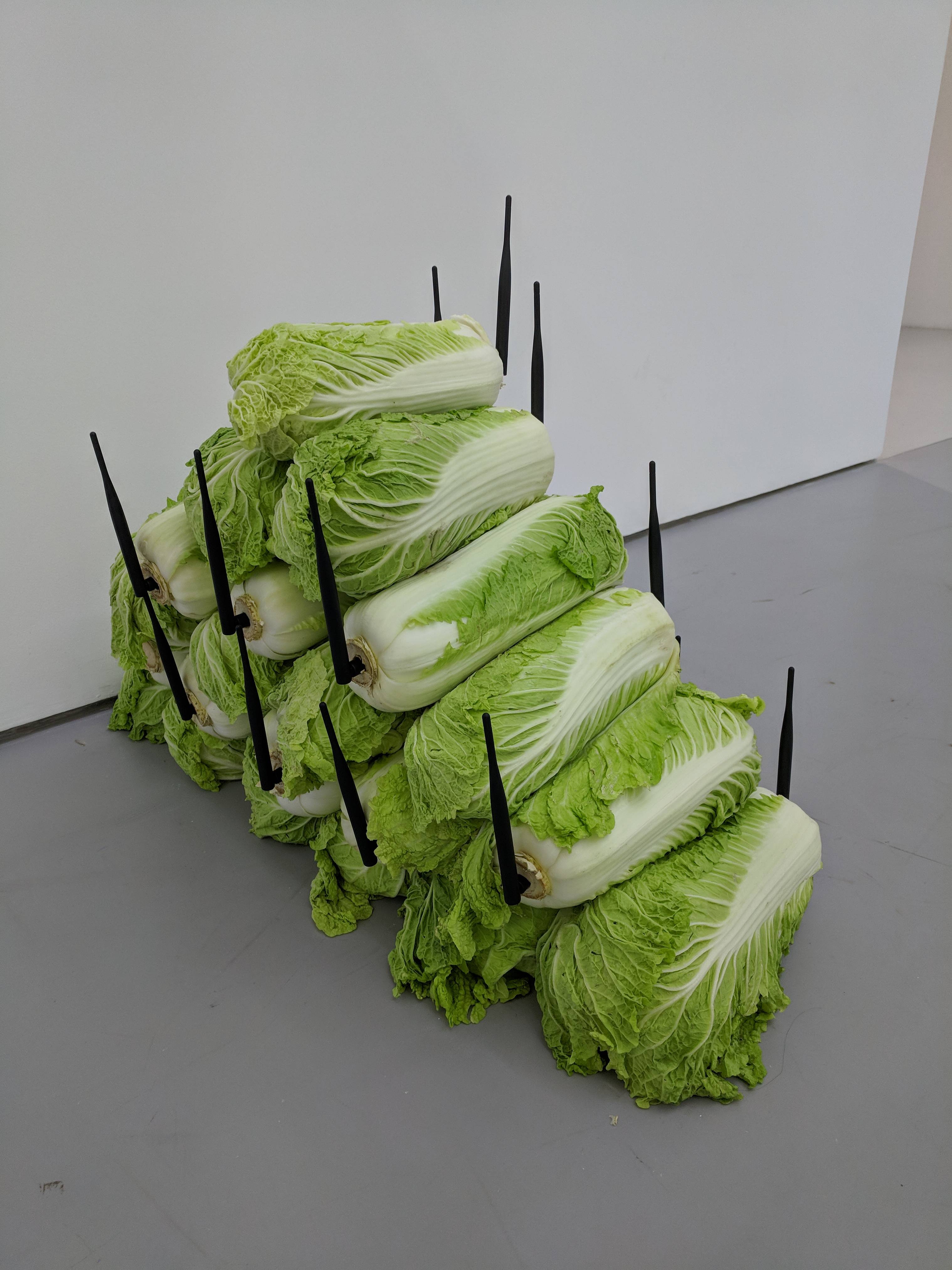 This is the tiniest laser I've seen - 3W! I've also never seen a laser without a protective shield to prevent eye damage. Immediate blindness is an unacceptable risk - except to this guy, apparently. He says (via translator) since it's not very powerful it's safe. I took this enthusiastic picture then stayed the heck away lol
Xi'an, China 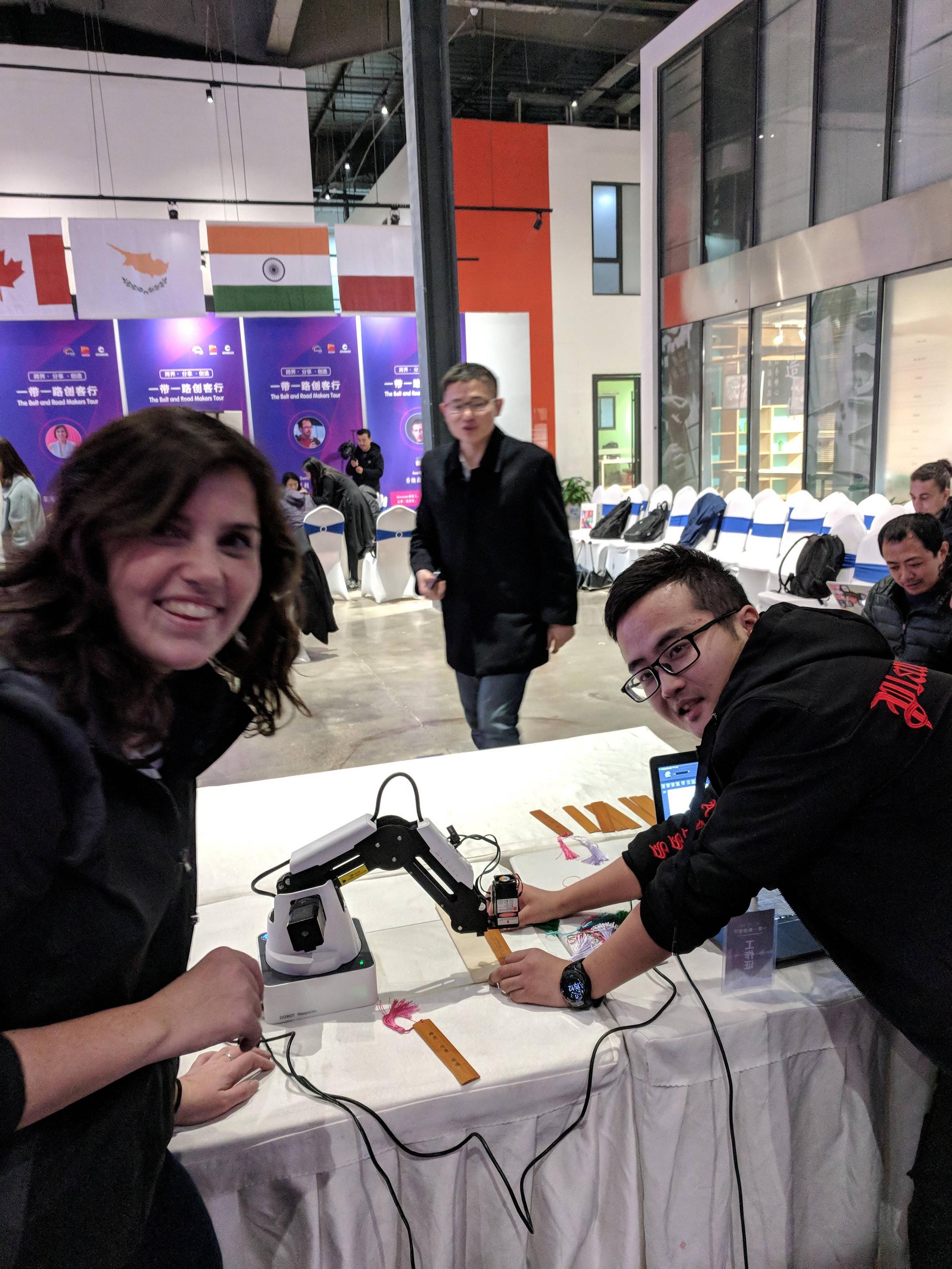 Hiked the Alright Wall of China. If you've never feared stairs in your life, you will after a trip to the one-slip-and-yer-dead Great Wall. At the top of one staircase, it curved down so steep you couldn't see the bottom stair. Who built this thing!?
Baladin, China 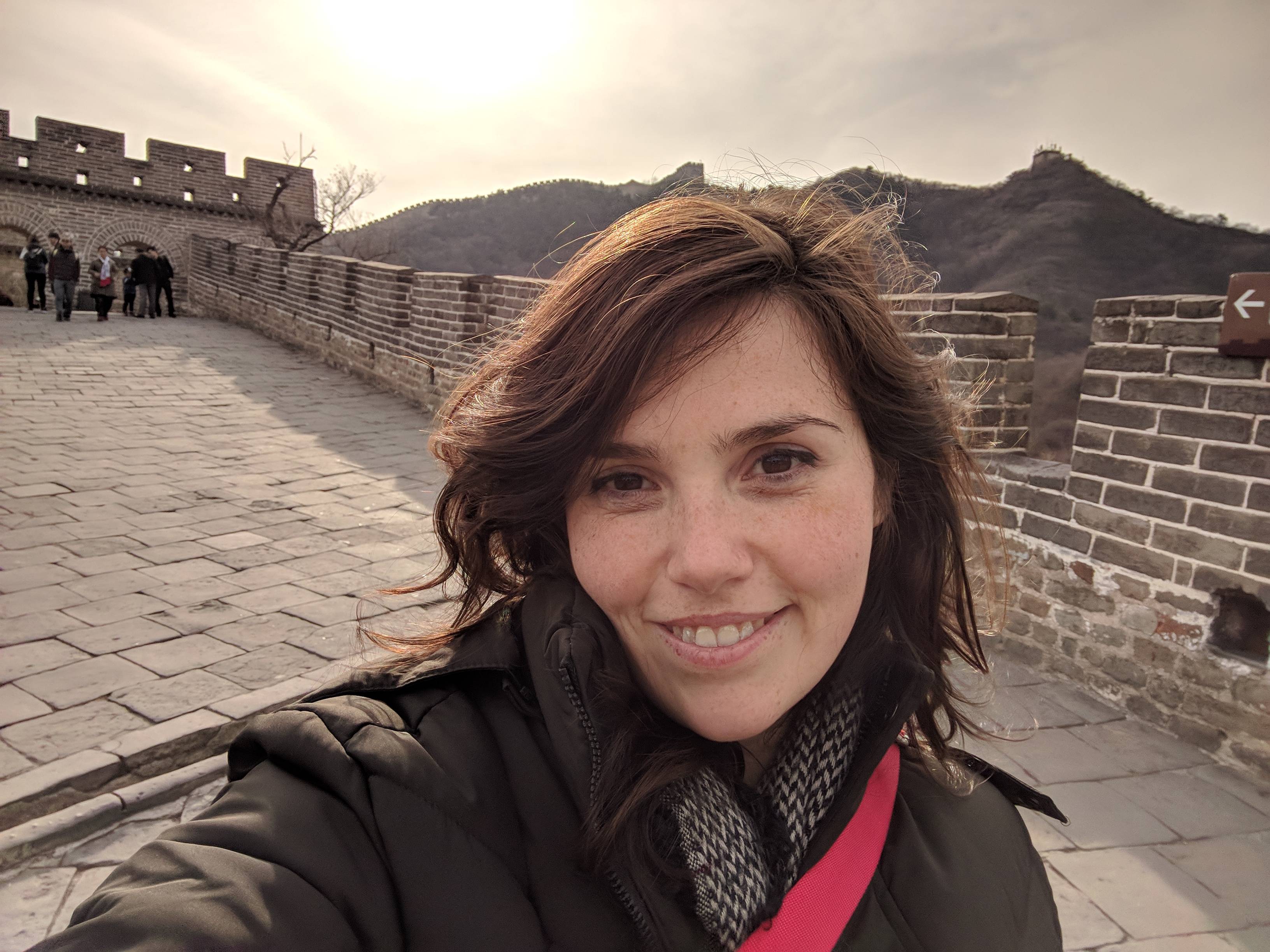 Nearly a decade ago, around the time I joined j2 to play Minecraft, I planted this sapling on the Willamette Riverfront. Look how big it's gotten! It's so happy!
Eugene, Oregon 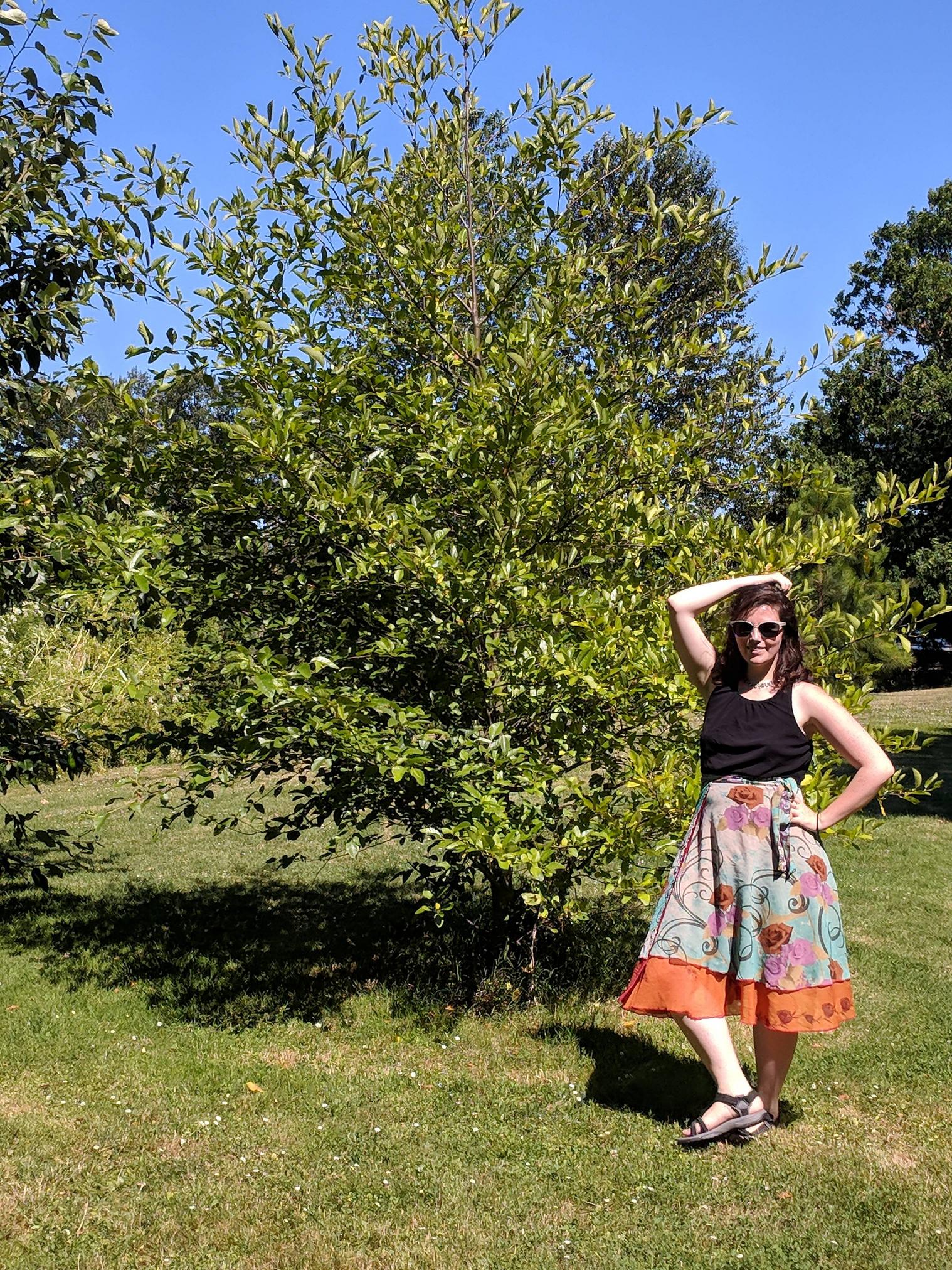 My company had a contract opening in Austin which is hailed as a mecca of art, music, and culture - and it's true in so many ways. My priority was to get immersed in the hackerspace scene, eat BBQ, and enjoy the infamous glory of Shitfaced Shakespeare:
standard Shakespeare play, except one randomly selected actor spends an hour before the show getting absolutely genuinely smashed so all the other performers have to do their jobs AND deal with the lovely mess.

When the Ego with Hair got elected, I wasn't thrilled about being a progressive woman in Texas, so I finished the contract and headed back to SF.
Austin, TX 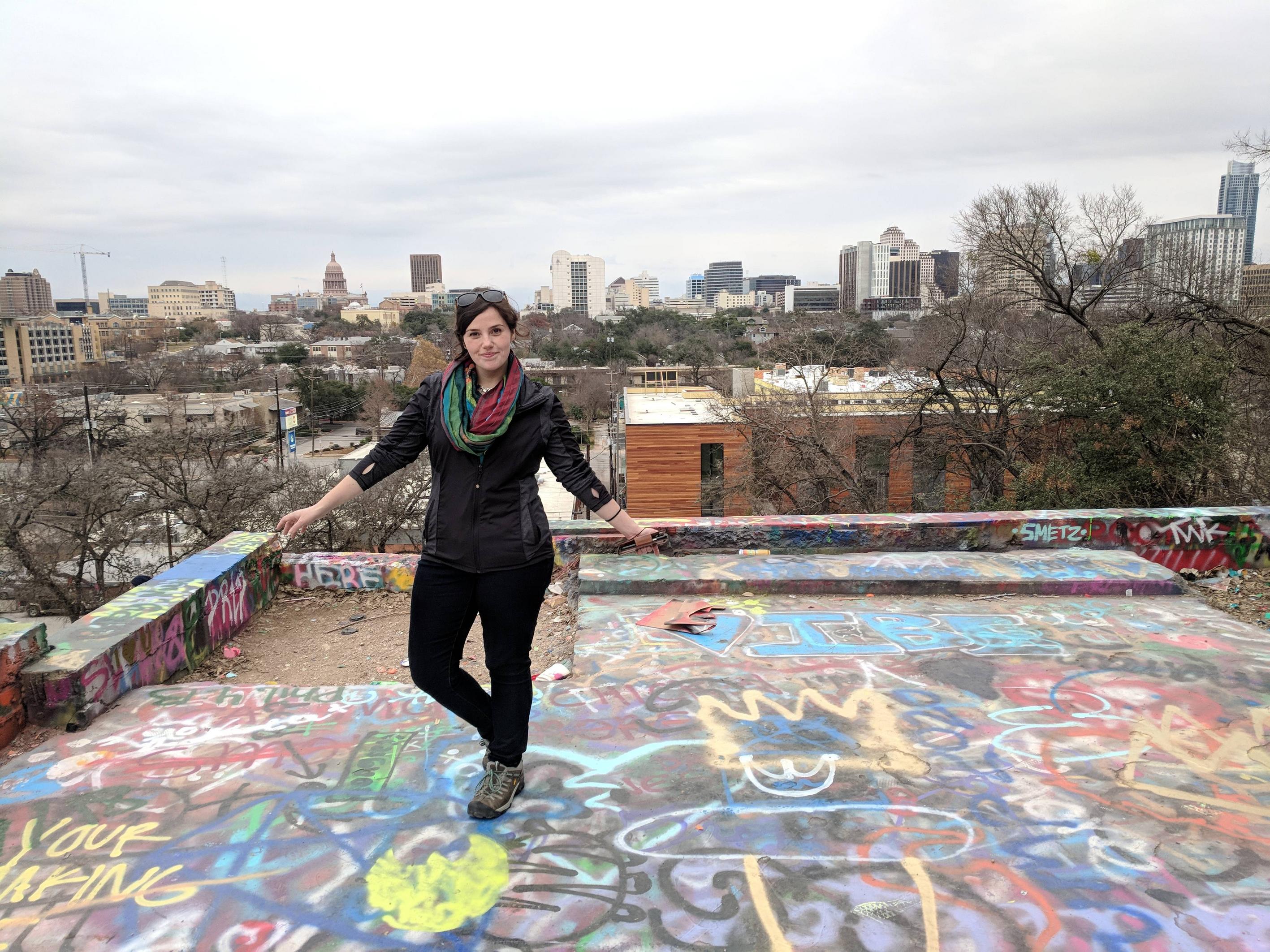 So that's a small update. I now live south of San Francisco in a sweet town where no one has peed on my doorstep yet. If you find that to be an alarming standard of what constitutes a good neighborhood, let the SF Poop Map enlighten you.

I miss this community, and I'm so grateful it's still here full of friendly folks and fond memories. If you're in California, let's visit!

AHHHH thanks! Dog is my favorite part of all this. What have you been up to all this time, my favorite omg so adorable Narwal?

As for advice on traveling to China, bring your own toilet paper! Good golly it only took one embarrassingly desperate instance to remember that most places you go won't provide it. Also, squat pots - basically a hole in the ground with flushing capabilities. If you aren't good at squats before going to China, lol yer gonna learn real quick. 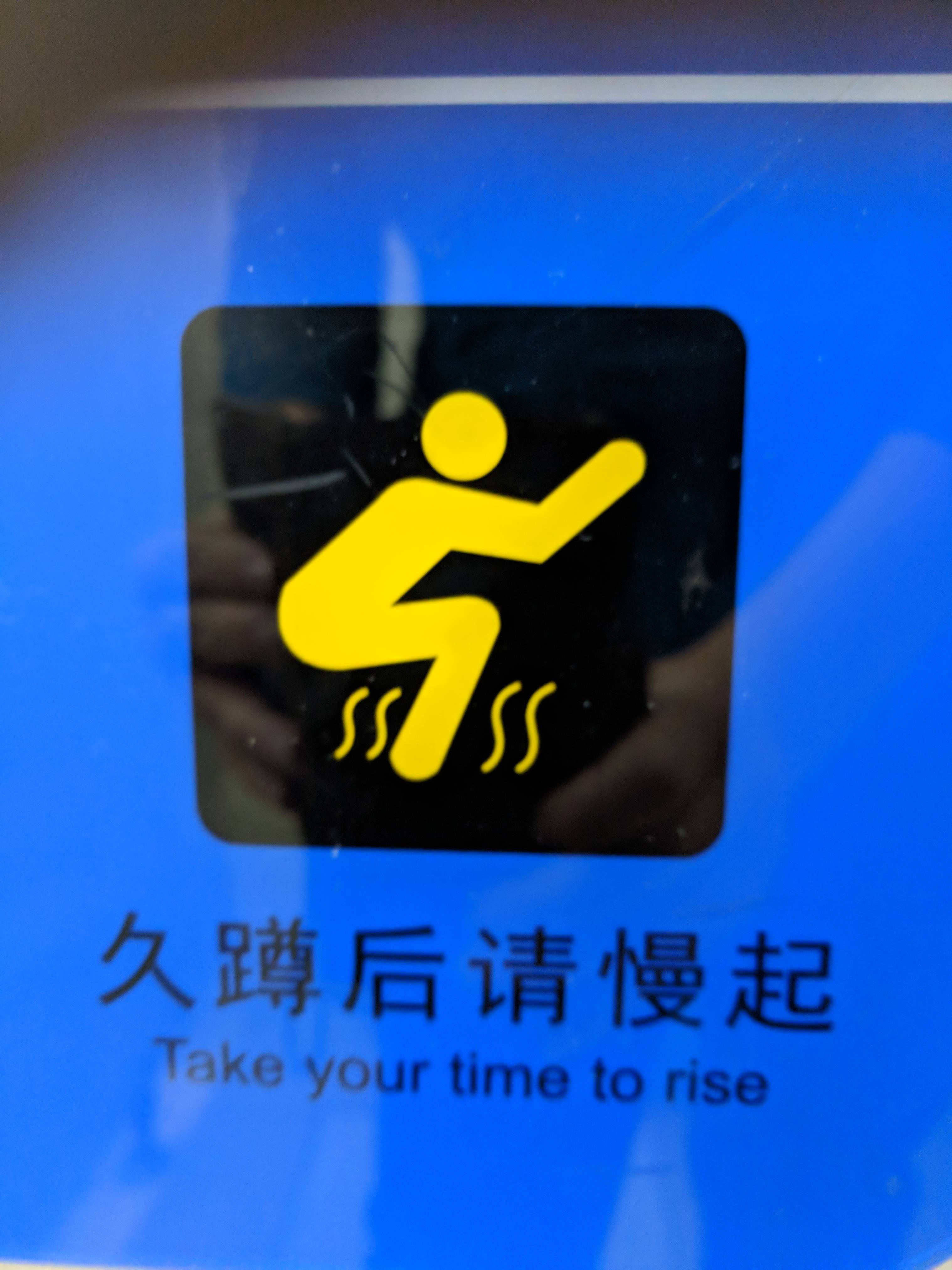 Plan your accommodations and trains well in advance (4-6 weeks) because the rooms/tickets sell out.

Signage is often in hilariously technically correct English. I paid way more attention to signs in China because of this.
...lost children meet here, perhaps? 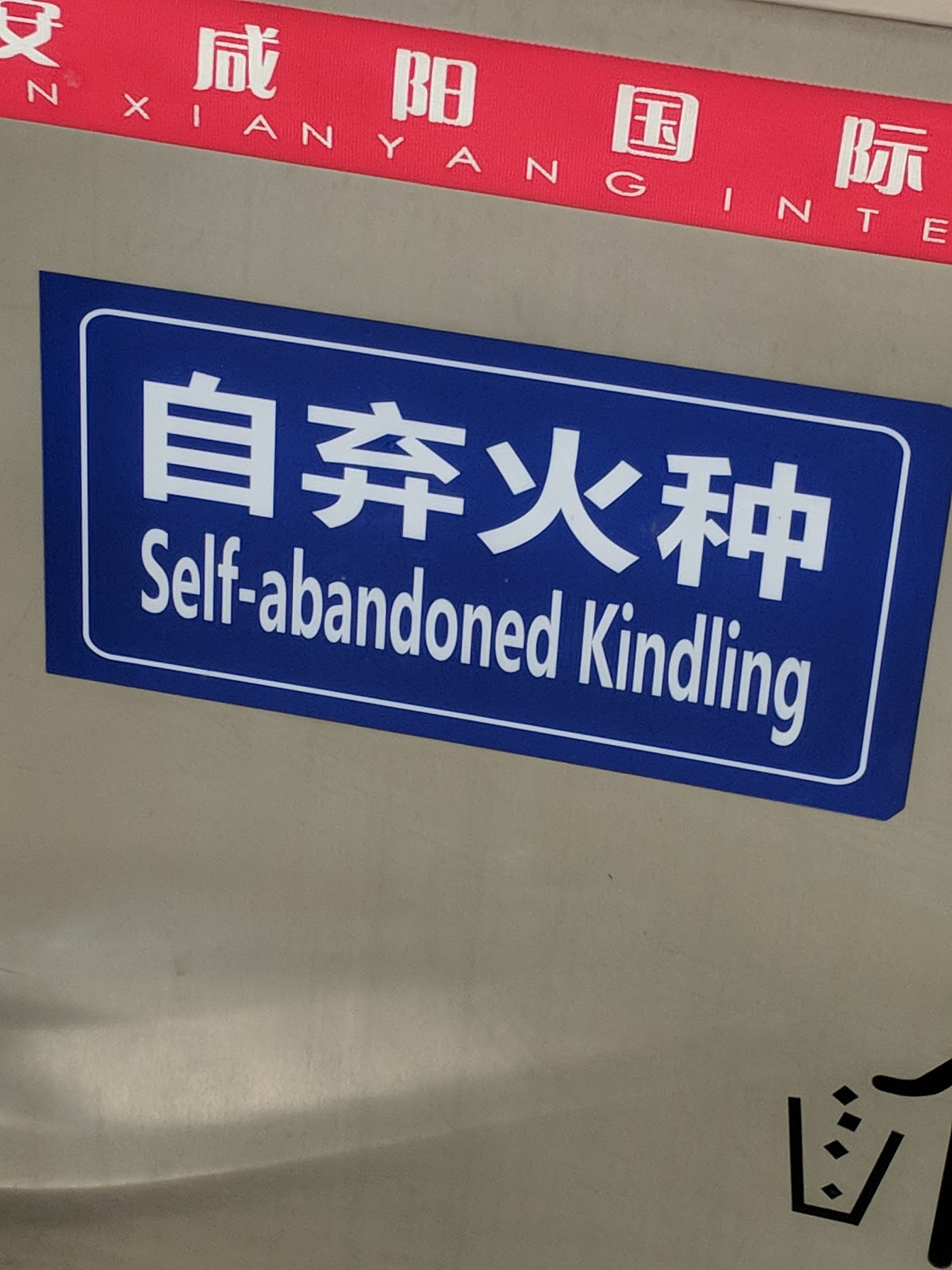 Haggle. Prices start out several times what the item is worth, so that 100 RMB ($15) shirt that says "I Have Wi-Fi" in Disney font with a picture of Eeyore on it, you can offer 30 RMB and probably make a deal for 60 RMB.

Get comfortable with being touched and shoved. People aren't being rude, they just want to go ---> that direction and you're in their path. The couple weeks when on a crowded train facing the door, people would get right up against my back ready to shove the moment the doors opened. I didn't realize that's just a standard expectation - doors open, move the fuck along - so I'd give a booty bump back like "GTFO MY SPACE" which was met with startling expressions because in this scenario I was actually the person being rude.

Eat like royalty. Chinese like their food fresh and oh my god it's a noticeable difference. For 8 RMB ($1) you can get fresh crepes made in front of you, stuffed with bacon, veggies, crunch waffle things, etc. 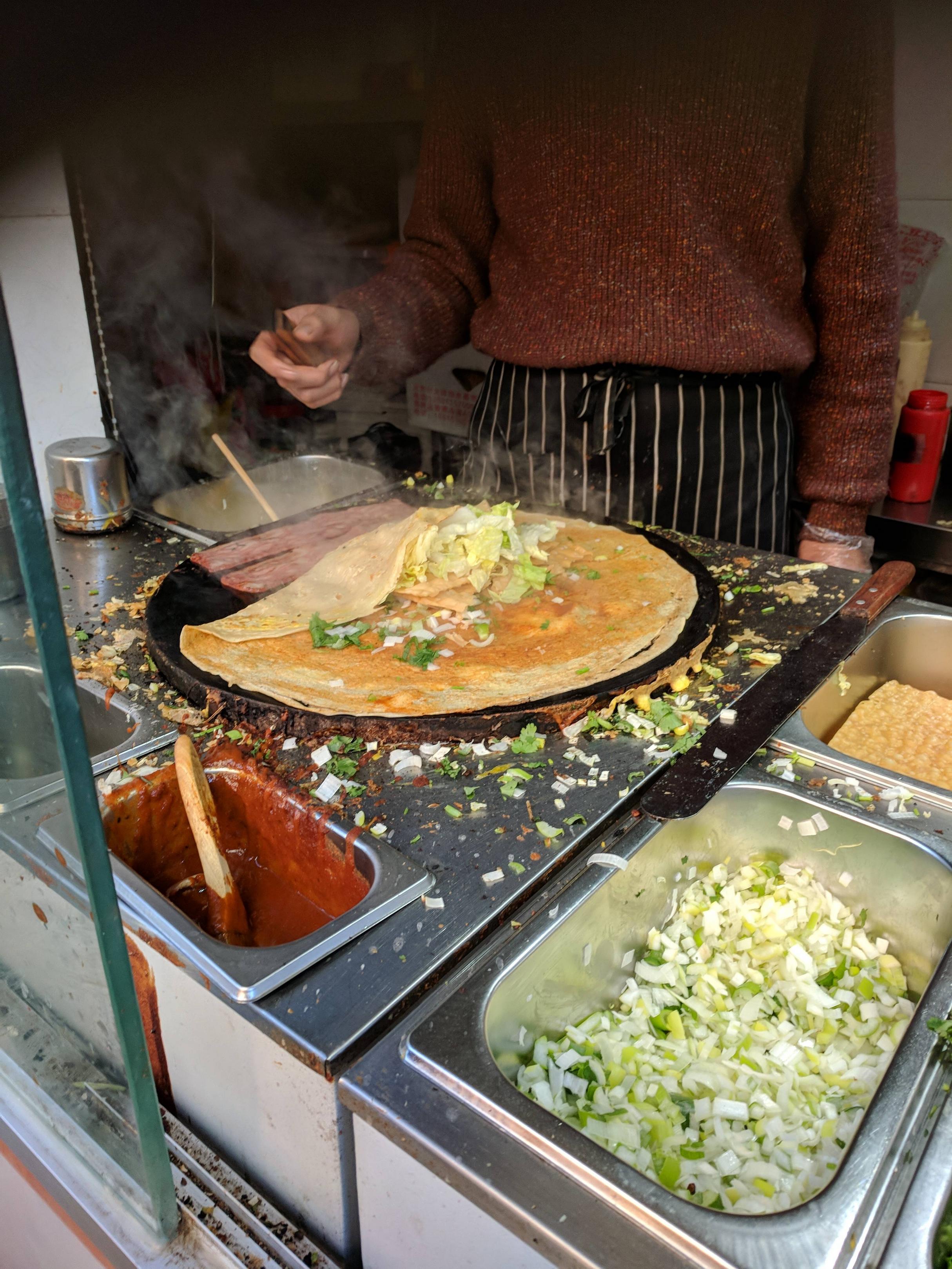 The most expensive meal I had was a 6-course vegan prix fixe for 55 RMB ($8) with wine and it did not disappoint.

I'm not vegan, I just sat next to the vegans in our group and didn't have the ability to communicate I would like the meat prix fixe, but it was too late - being in the vicinity of vegans was enough to be considered vegan myself.
Would be accidental vegan again, 11/10. 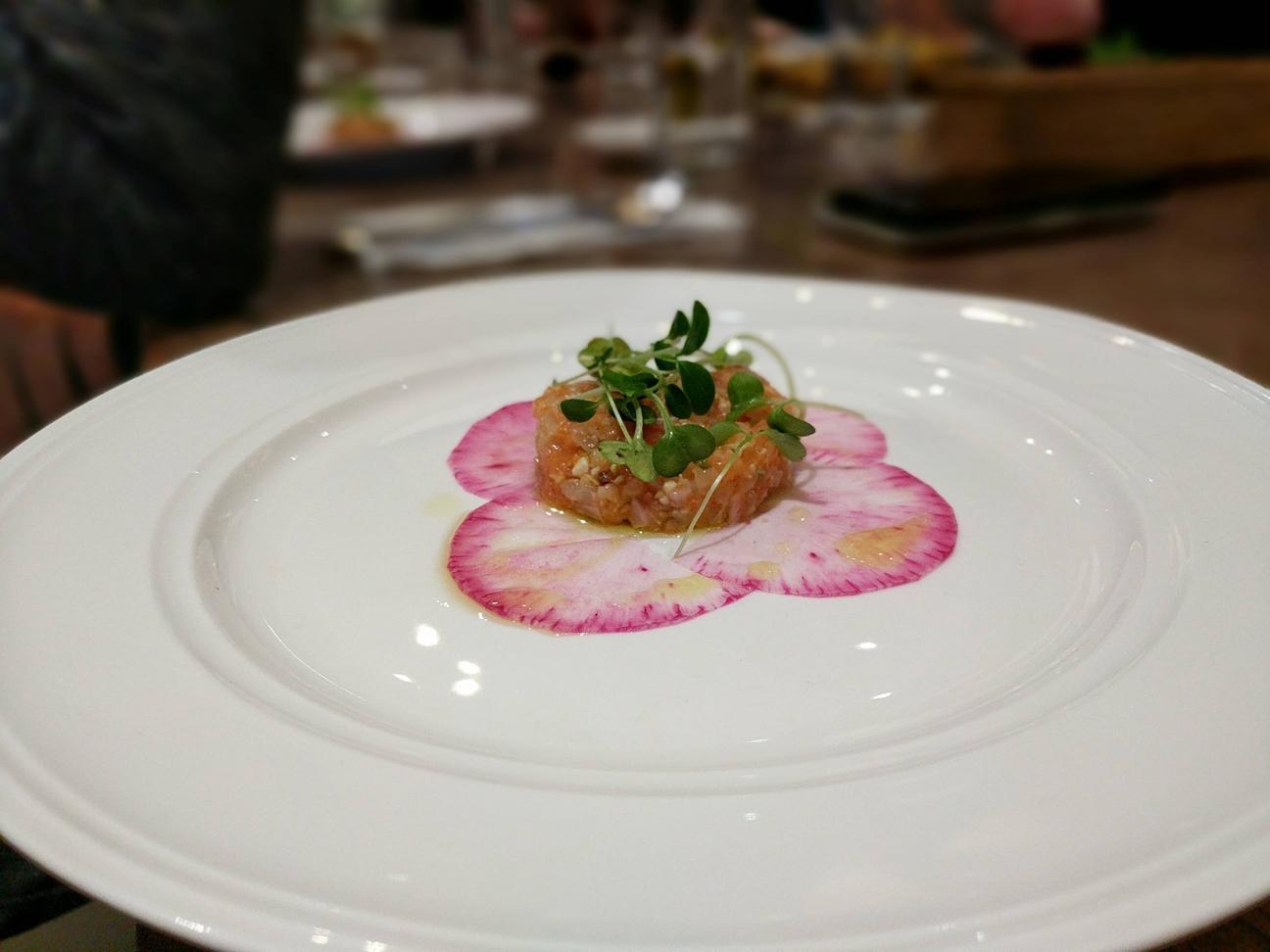 You're in luck if you've got a Google phone with Project Fi SIM because your traffic hops over the Great Firewall that normally blocks the apps you use most like Gmail, Facebook Twitter, Maps, etc. If you don't have this, you can still get a mobile SIM from Hong Kong that'll work in mainland China that doesn't block traffic.

Take pictures/screenshots of things you think you'll need to ask the locals about. The language barrier is rough, and people aren't mean but they don't have time for your confused foreigner shit. It's way easier to get directions if you can show a local an address or picture of what you want (bathroom, dumplings, nearby monuments or attractions).

Police are on every street corner and in every train car, but they are not helpful. Ask the guy sweeping the street with a bamboo broom if you need help.
Top

Update since 2016, our family has grown.
Me and my wife have a 6 month old son, two dogs and two cats. It gets busy around here! 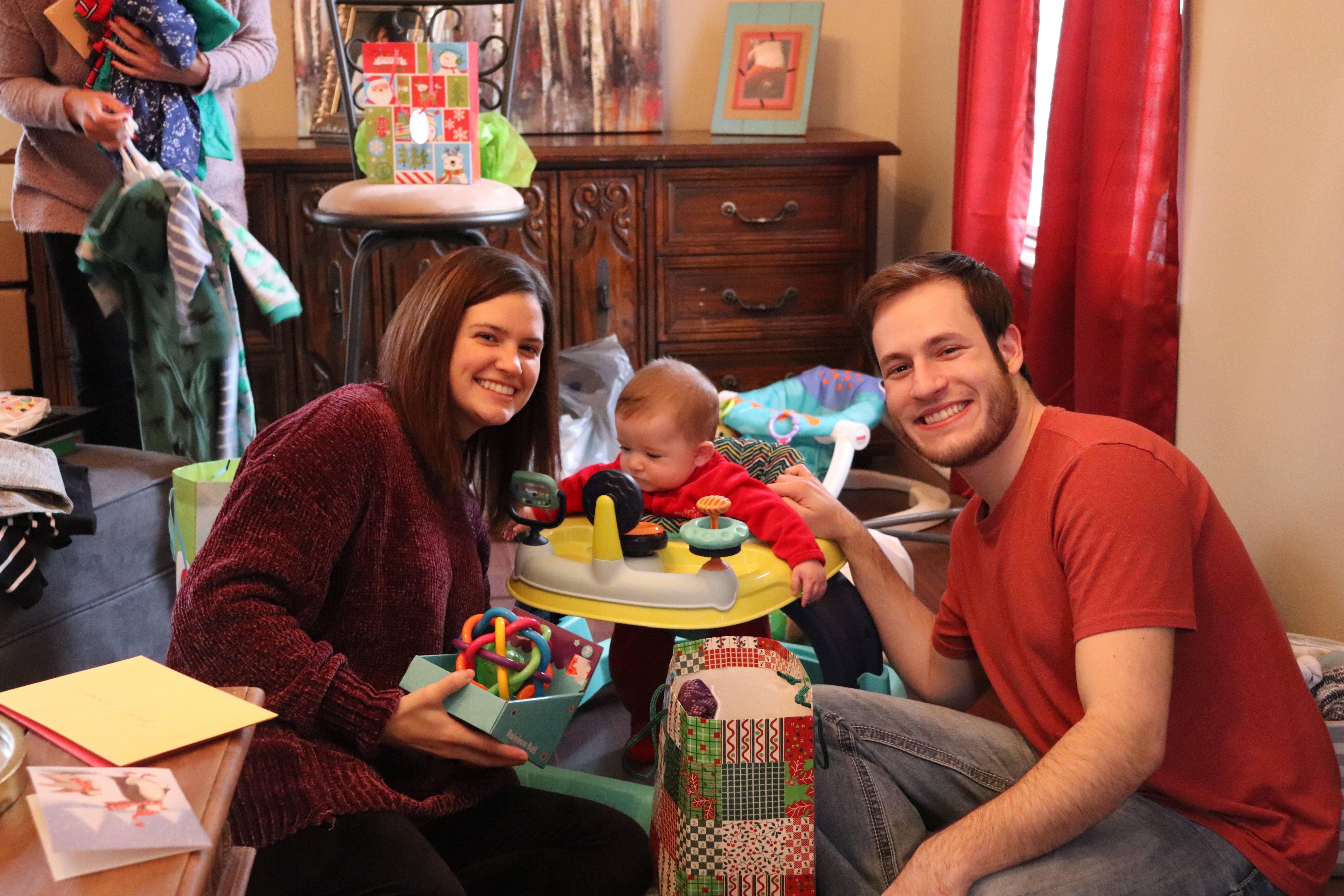 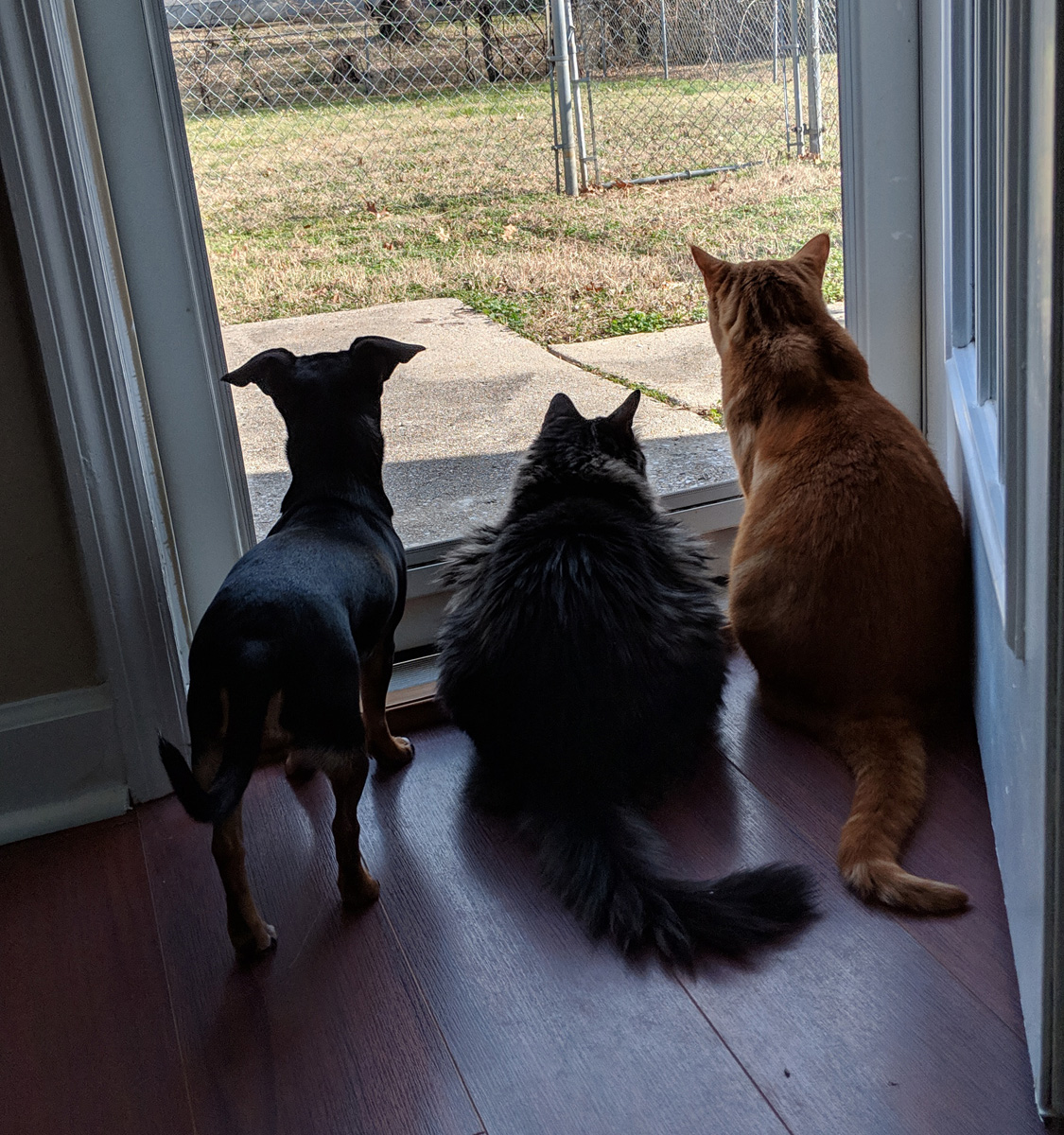 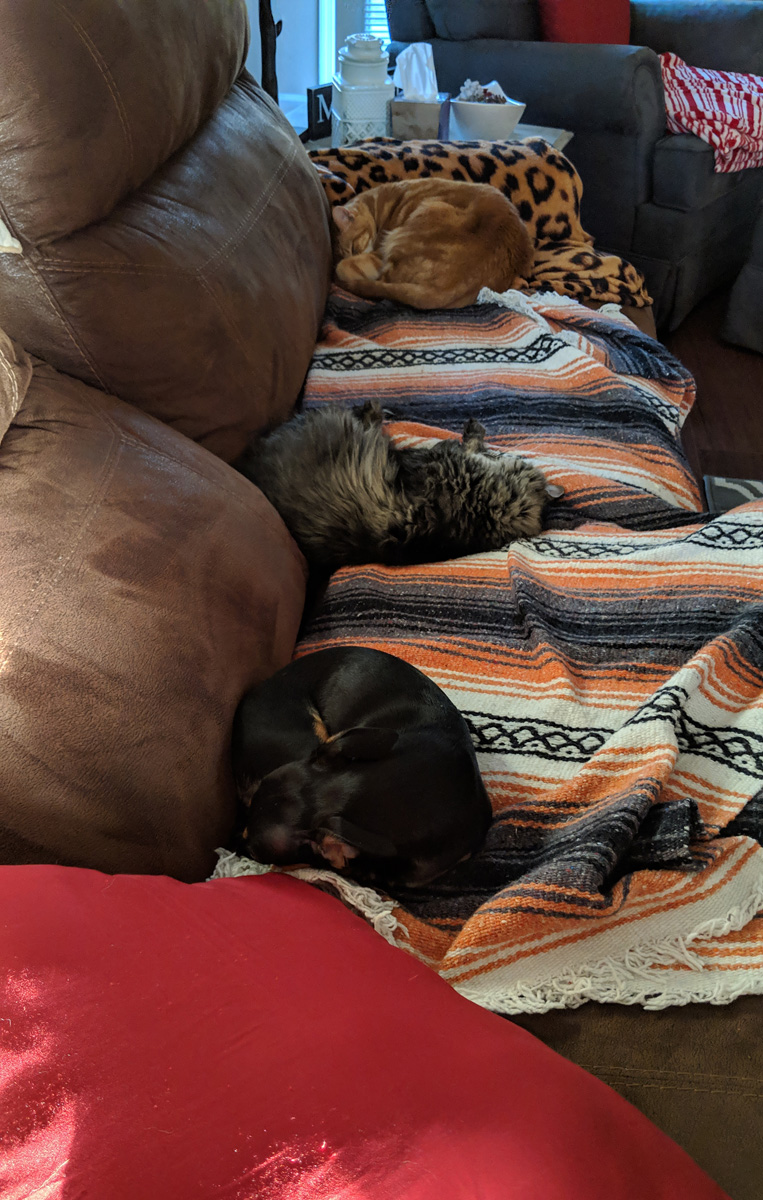 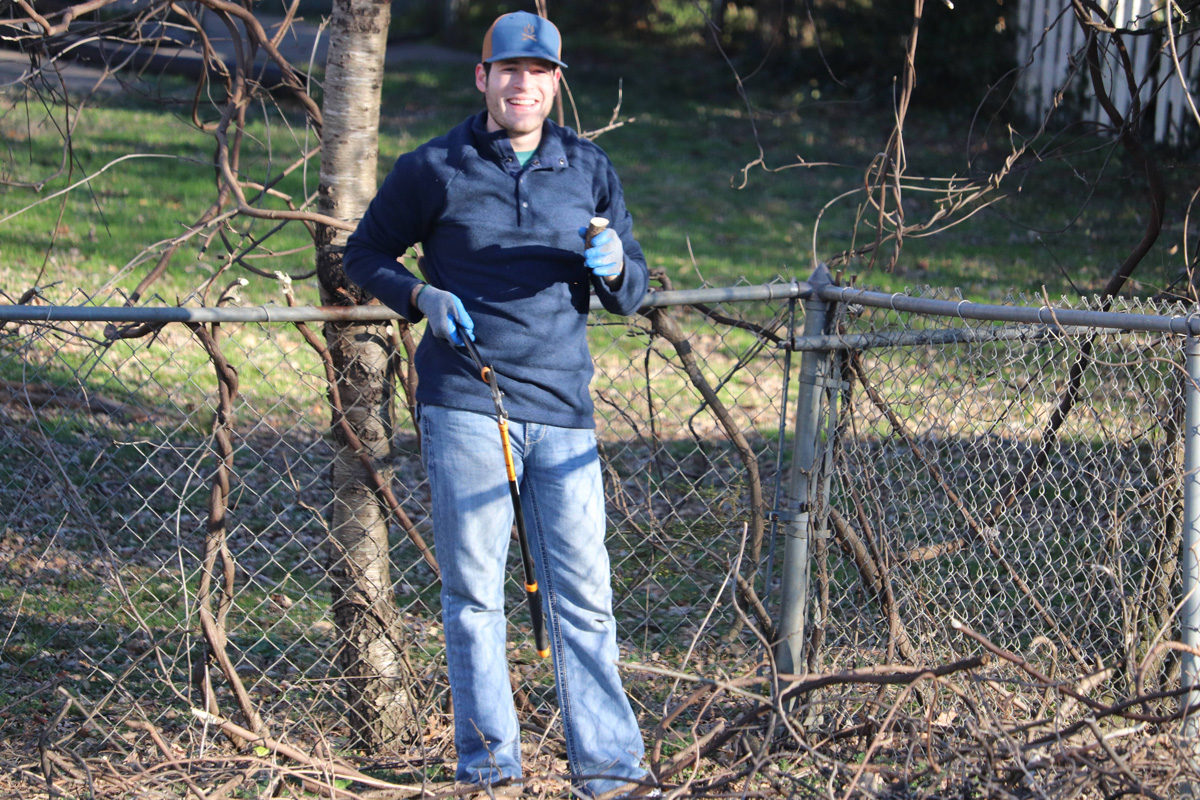 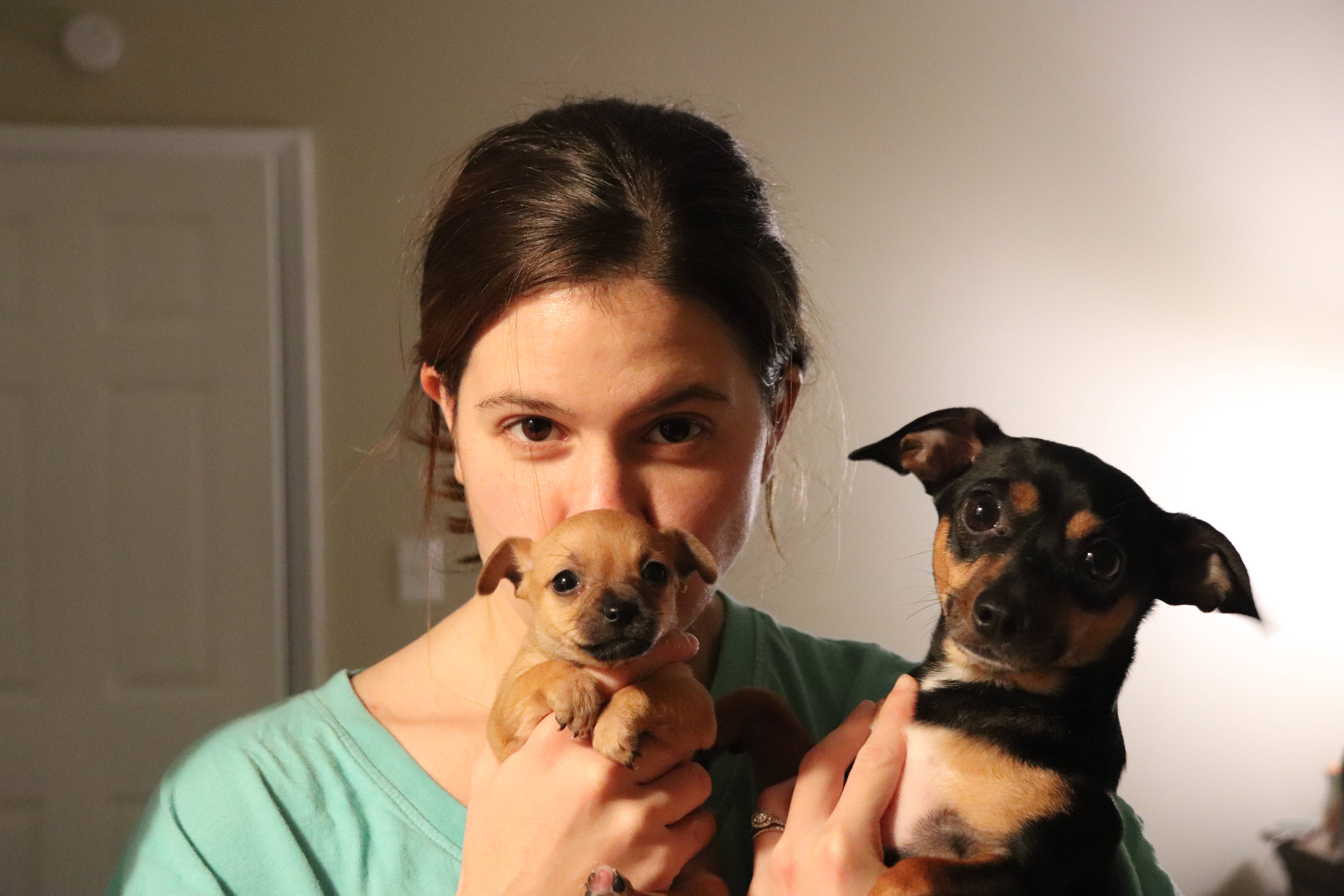 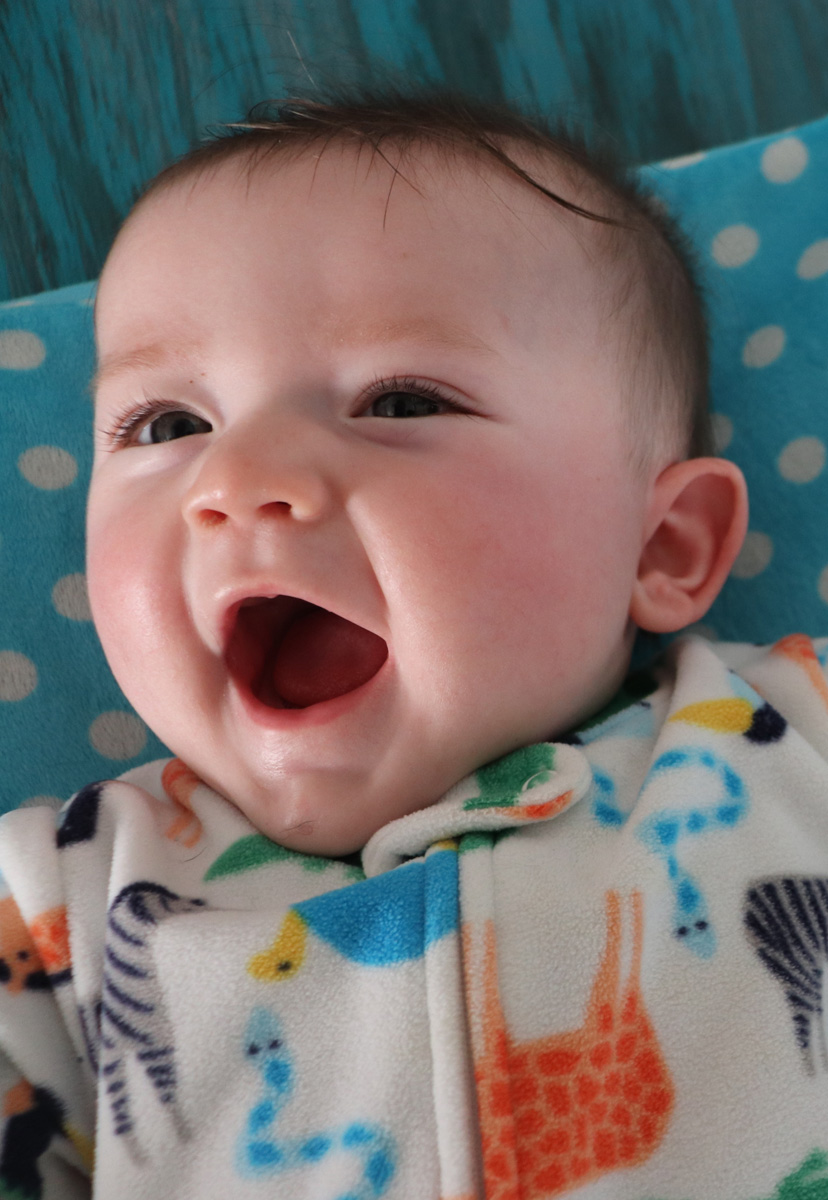 god you people so white

That's a good looking family you've got there, KoD.

My wife and I have been doing some travelling. Here's us in Sydney

Thanks Kev! Hope y'all had some good travels in Aussieland. I'm envious!
Top

We had a really good time. We were down there for my wife's cousin's wedding, and my mother-in-law paid for basically everything. We hit New Zealand while we were on that side of the world, too, and it's really great. Then a month later work sent me to Japan. It's been a good time.
Still not dead.
Top